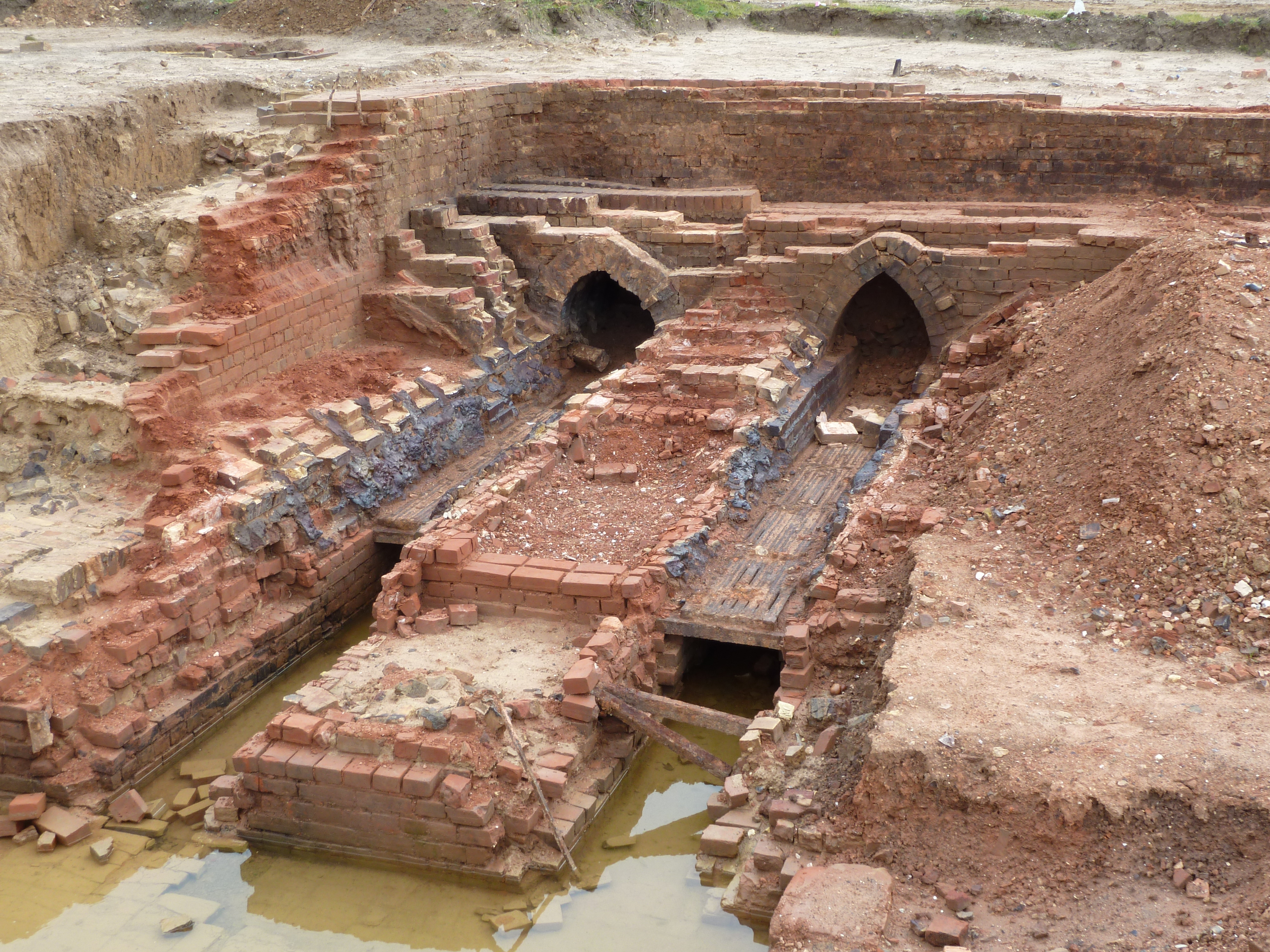 In Victorian times, 90% of refuse that was collected (by weight) was ash from domestic and industrial coal fires. The Victorians called it ‘dust’, and the Public Health Act of 1875 required every household to have a receptacle, called a dust-bin, into which it could be put for collection. The ash/ dust was collected and taken to the ash-yards, where corporation employees sorted through it, sifting the rubbish to separate the dust from other materials such as glass, crockery, paper and card, rags, bone, grease and metal, all of which could be re-used or recycled. The dust was then sold to local brickworks, whose contractors carted it away for use in brickmaking, while the bits and pieces recovered were sold to scrap dealers. So it was the brickworks that did the bulk of recycling through the nineteenth century. The money brickmakers paid for the ashes covered the costs of the refuse collection for the town’s citizens. Sometimes they also paid for unsorted rubbish, because it was cheaper to burn than coal

In March 2016, team members from the project What East Anglia Threw Away, visited the site of a Victorian brickworks at Diss, which had recently been uncovered by archaeologists. It was one of two brickworks built by James Betts, the proprietor of Scole Railway, of Frenze Farm, who used his railway to transport bricks and market garden produce around the Diss area and up to the main station at Diss itself. The brickworks, situated just behind the station, was opened in 1853 and closed in 1886, after the death of Betts. Over that thirty-year period, bricks, tiles and cylindrical sections of drainage pipes were manufactured there from local clay, which was dug from pits very close to the kilns. The kilns were large rectangular brick-built ovens in which moulded bricks could be stacked, ready for firing. Underneath were long flues/ furnaces, with heavy iron doors. These ran under the entire length of each kiln (two per kiln). At Diss, we found that the brick-built ovens had not been mortared, but rather the bricks had been laid on top of one another, forming a rigid build.

In the photo above, two of the furnaces can be seen, with flues beneath. The furnaces have metal grills along the bottom and are still blackened with the residues of burning. Above is the largest of the three ovens on this site. 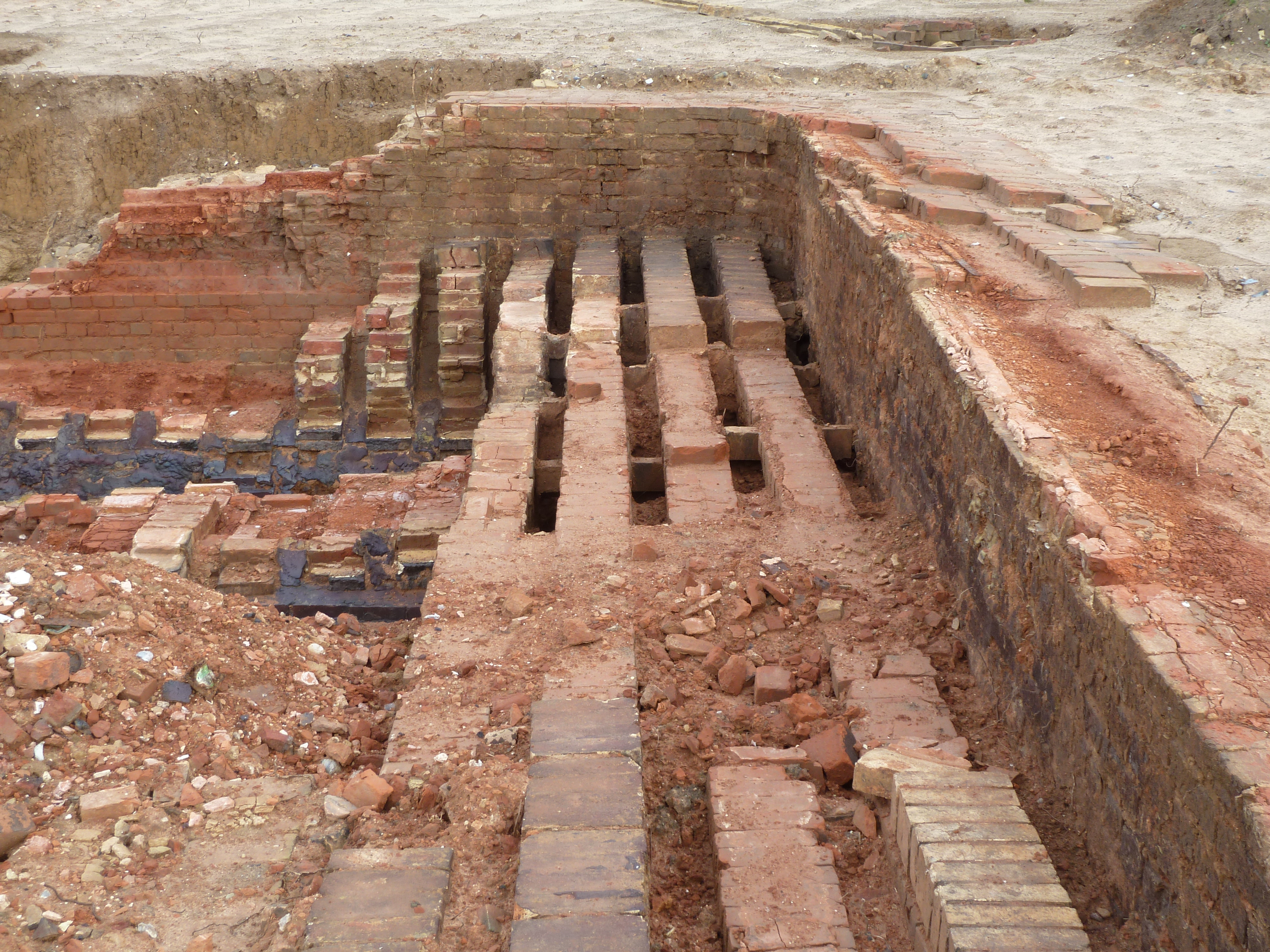 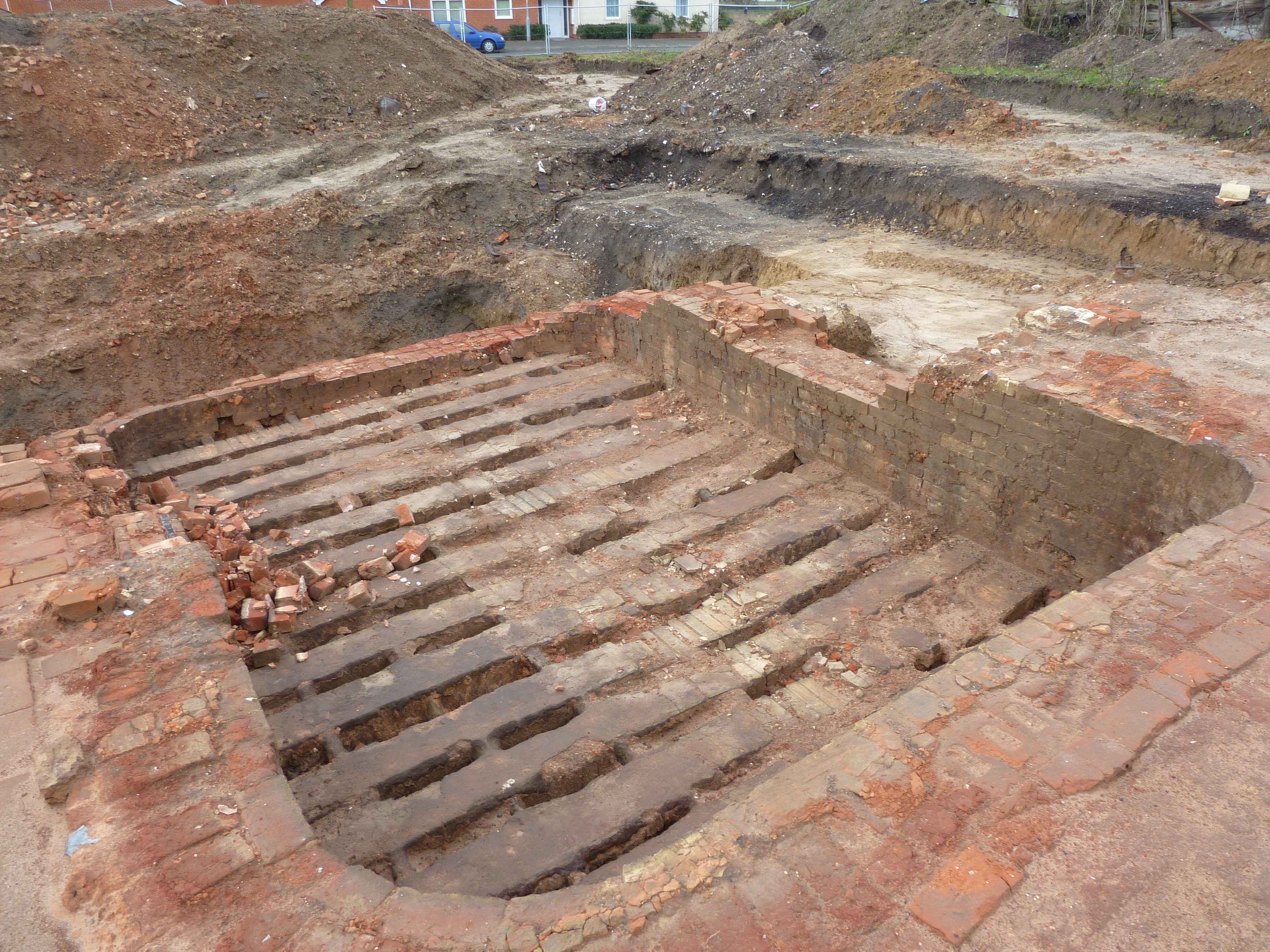 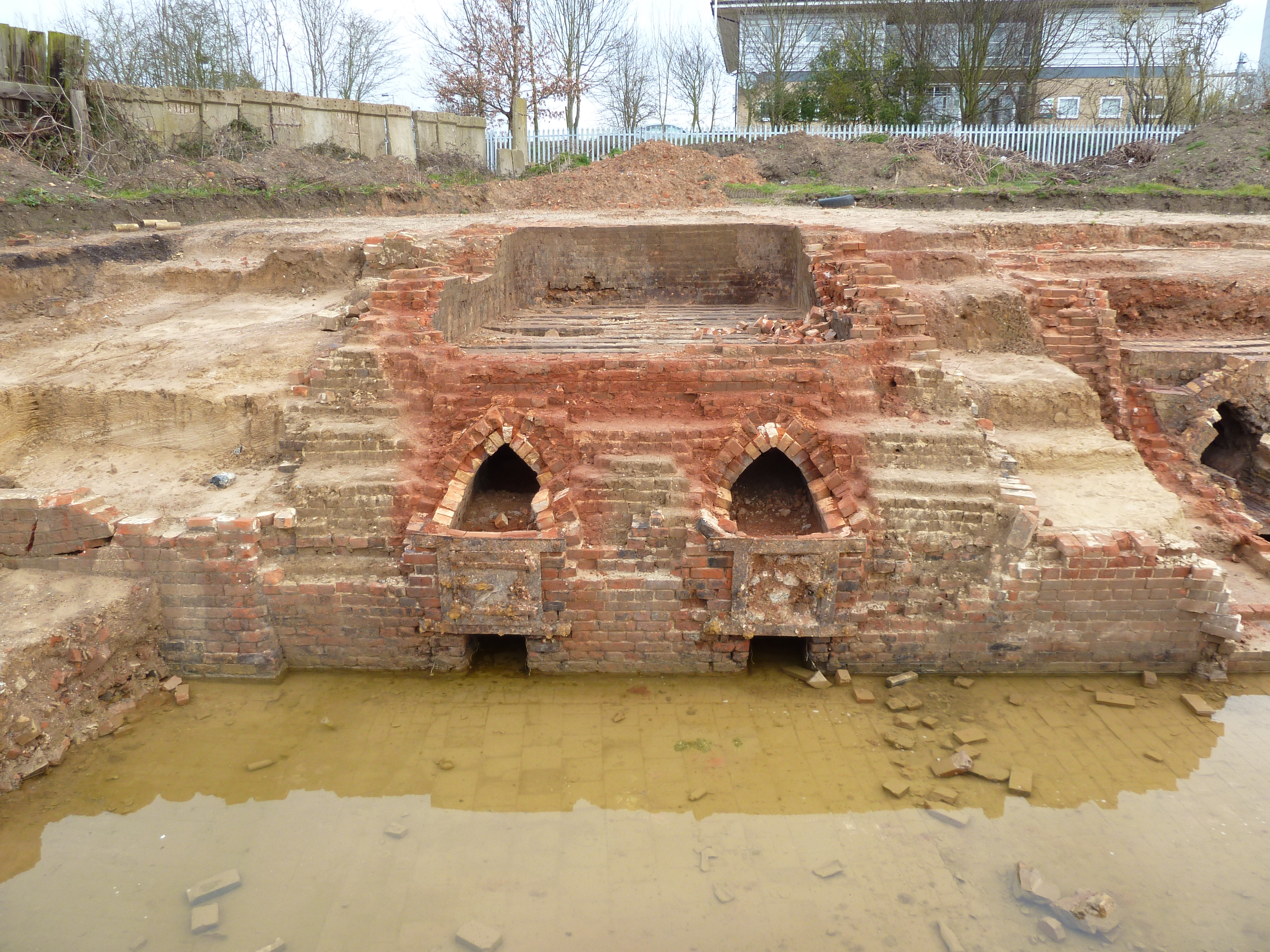 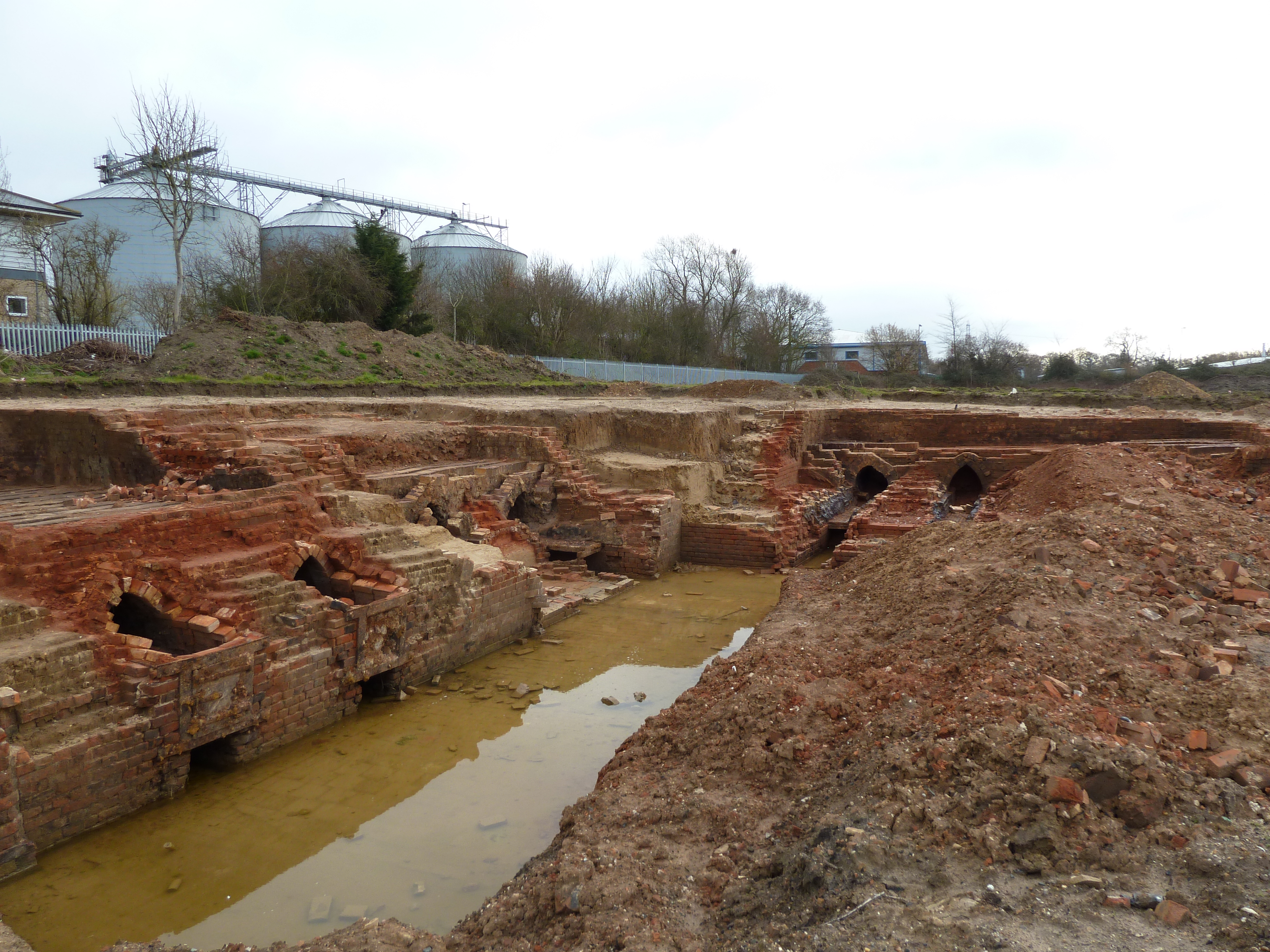 What was uncovered of Mr Betts’ brickworks, above. From left to right: 1) The same oven, the floor mostly collapsed now, showing air vents in the floor on which bricks were stacked to be fired; 2) Another oven, this one largely intact. The floor and air vents survive, but only a remnant of the walls is standing. The black ashy soil seen to the top and right of the picture represents the small-scale tipping of domestic refuse at different times after 1886 when the site was abandoned and provided convenient holes in the ground for rubbish: 3) Two iron furnace doors in situ, over the flues. The tiled floor of the building has become flooded; 4) An overview, showing two kilns on the left and the largest one ahead, on the right, at right angles to the others. This is the kiln shown in the image at the top of this page and also in the first image in the row above. The photo on the right shows a spoil heap containing ashy refuse tipped at the site after it fell into disuse. Tipping there mostly occurred between the 1920s and 1950s. 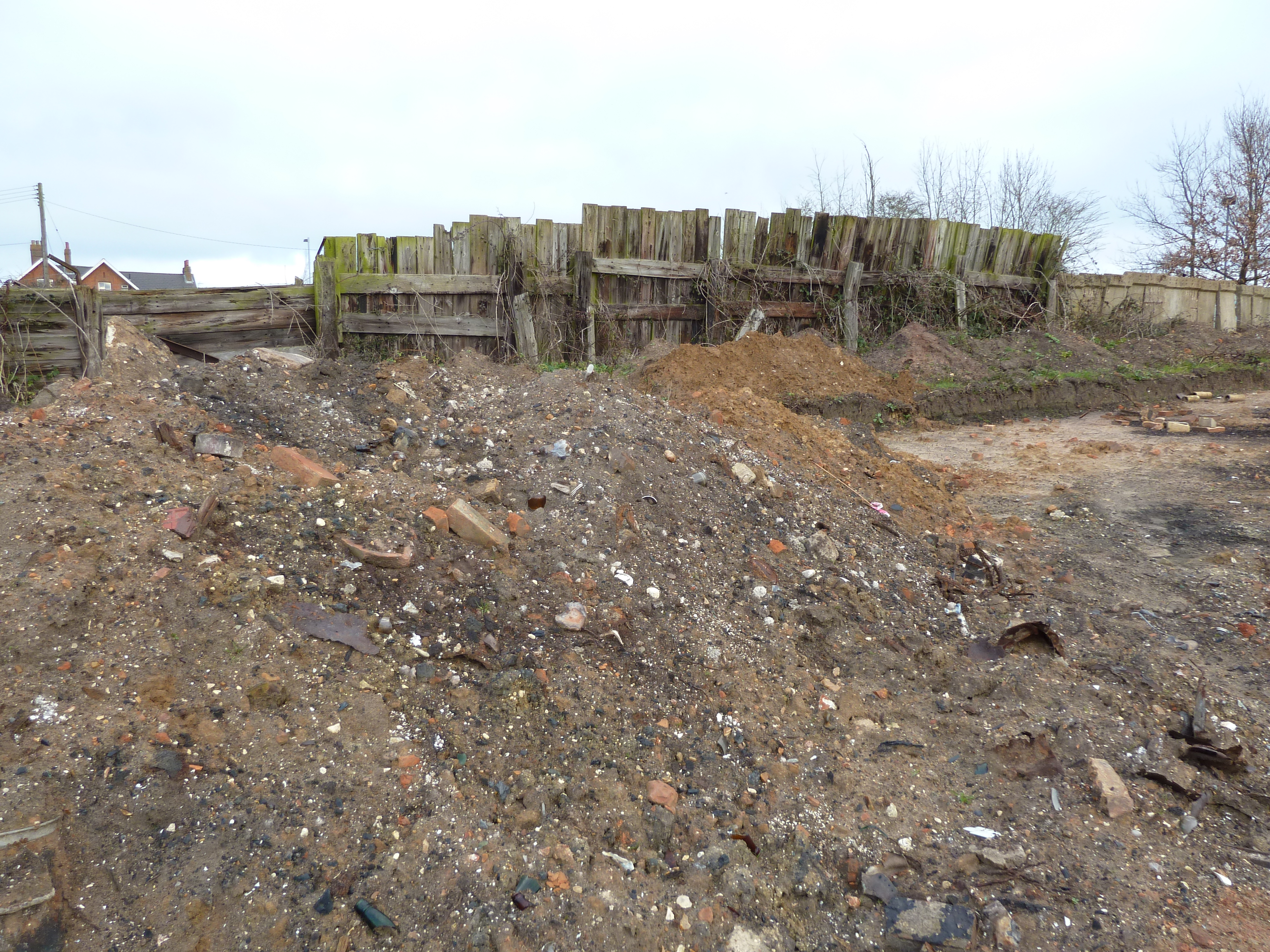 From the 1880s onwards, in cities and large towns, the quantity of refuse being collected began to increase, sometimes dramatically. A lot of the additional matter was waste packaging, from packaged goods. Sifting became time-consuming and impractical because dust sent to brickworks could no longer cover the increased costs of collection and sorting. About this date many London dust-yards agreed that brickmakers could collect unsorted rubbish free of charge. The rubbish was then sorted at the brickworks and anything that could not be burned or used in brickmaking was piled in heaps or used to fill old clay pits. Great piles of crockery, bottles, and other hardcore became common sites at brickworks by about 1900. No evidence of this practice was found at Mr Betts’ yard, probably because it had closed (in 1886) before the wholesale transference of unsorted rubbish to brickworks became common practice. Diss, certainly, at that time would not have generated waste in such quantities. No doubt Mr Betts purchased only sifted ash for brickmaking. We excavated a few old clay pits on the site, one of which had been filled at the time of operations with misfired or broken bricks and tiles. The others, which are shown on maps of the 1920s and earlier, had been filled in with domestic refuse between the wars, long after abandonment.

We would like to thank Mr Bharat Raghu, of East Anglia Care Homes Ltd, for allowing us to work at the site after the archaeological excavations had concluded.