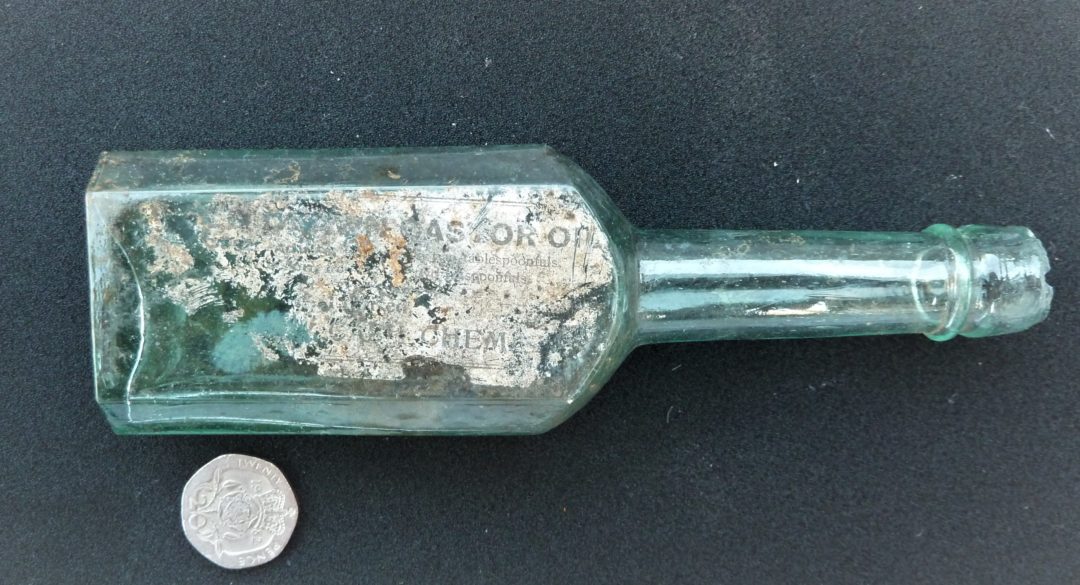 Aqua glass flat bottle with long neck and burst-off lip. The remains of the label say ‘Cold Drawn Castor Oil’, then below, ‘…two tablespoonfuls’, and on the next line also ‘…two tablespoonfuls’. Then, at the bottom, ‘[Boot’s] Cash Chemist’. Boot’s opened their Yarmouth store in 1895.