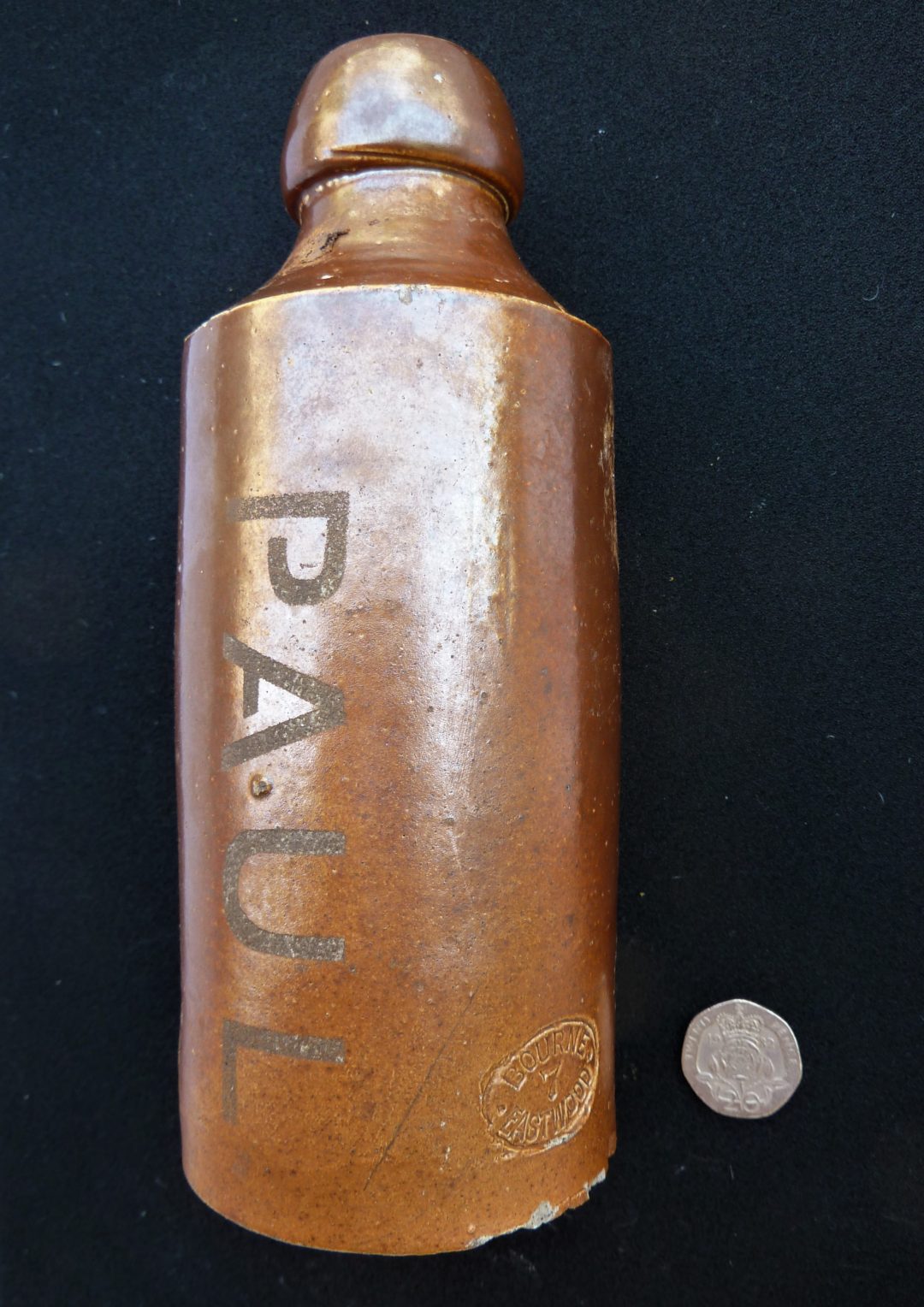 The Cohen Brothers went bankrupt in 1892 and sold off their stock in 1892-3. N. Paul purchased their bottles and sand-blasted the name ‘PAUL’ onto them. Paul’s outlet was at St Pancras, the western terminus of the GER line to Great Yarmouth. Large numbers of his bottles were purchased by tourists getting on the trains, and they ended up in Yarmouth, where the firm YABC (Yarmouth Aerated Beverage Company) acquired them and used them, applying their own labels. This may have been done illegally. This ginger beer bottle was thus used by three firms in succession – Cohen Brothers, Paul and YABC. 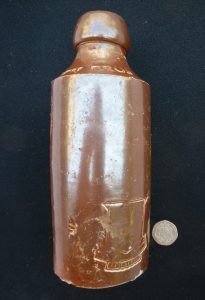 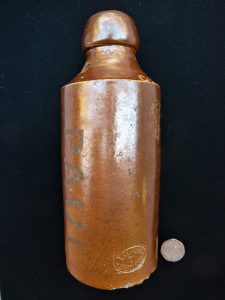