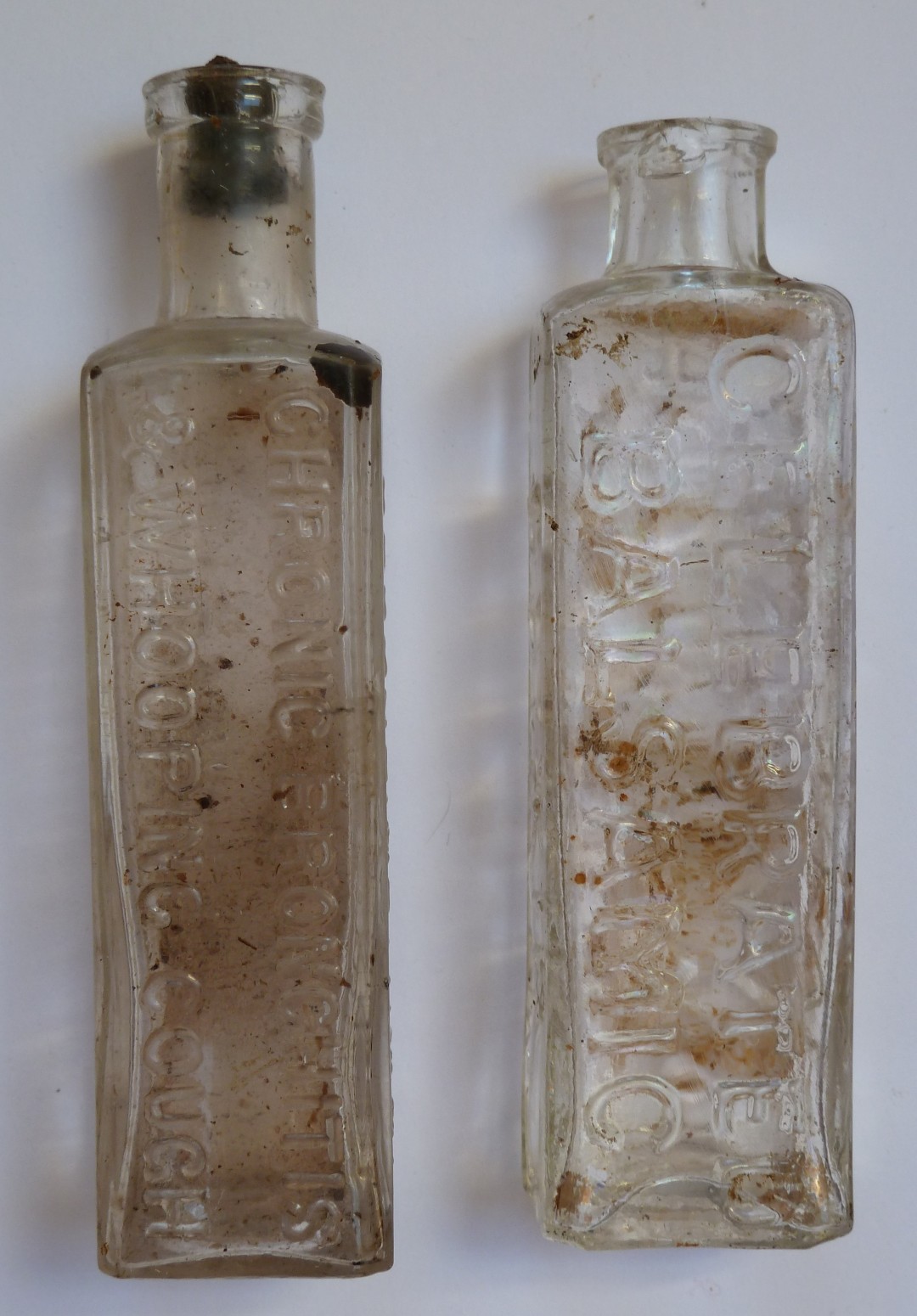 Two bottles for Congreve’s Balsamic Elixir, discarded with other medicines after the death of Mary Everett in 1908. Both clear glass. The bottle on the right is an earlier design, embossed on all four panels: ‘Congreve’s / Celebrated Balsamic/ Elixir/ for cough’s [sic] hooping cough & asthma’. The bottle on the left has its cork and some of its contents. It is embossed on three panels: ‘Congreve’s Balsamic Elixir/ For Consumption, Coughs, Asthma, Chronic Bronchitis and Whooping Cough’. Note that the two grammatical errors on the earlier bottle had been corrected on the later one.