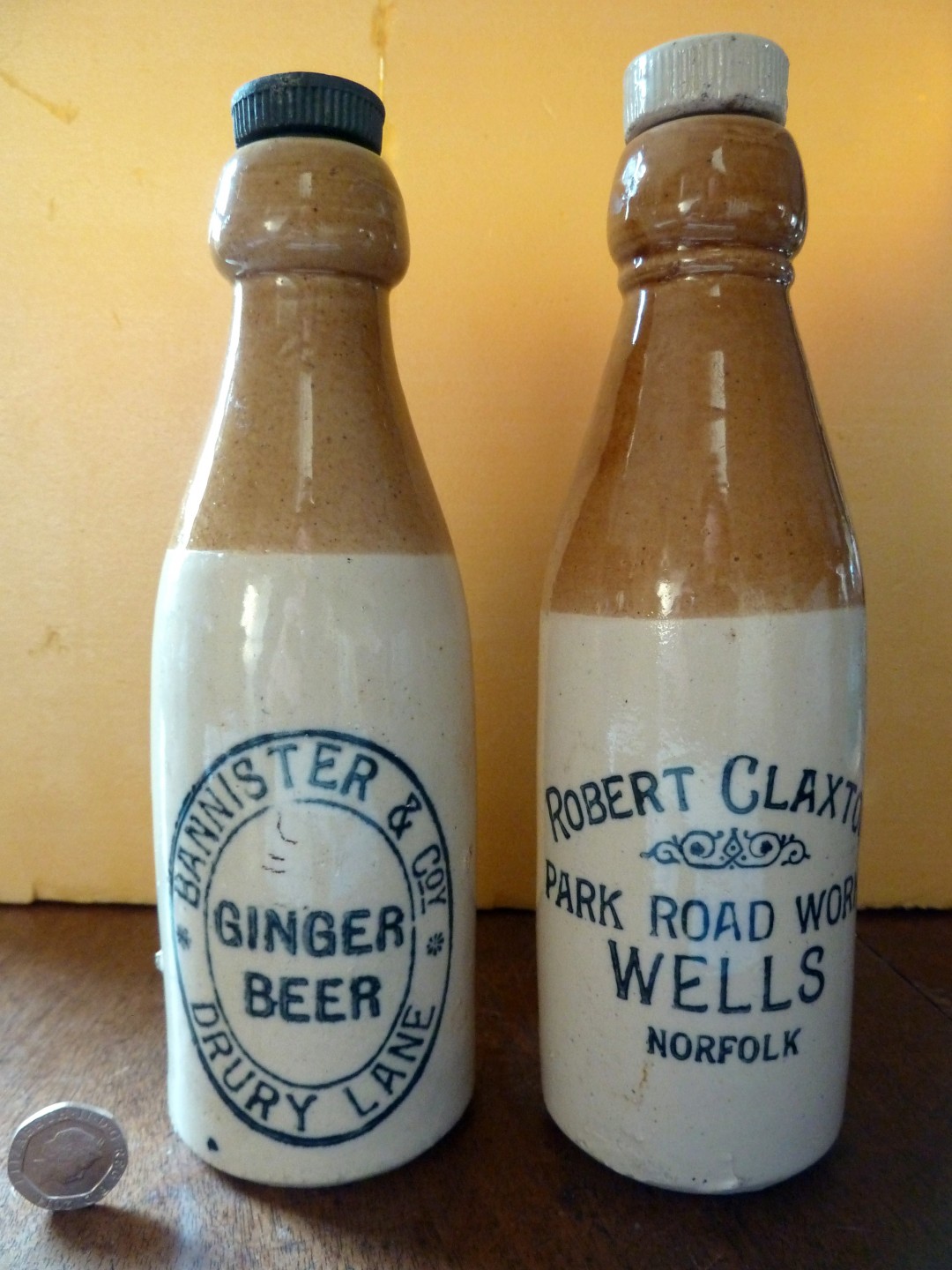 Champagne-shape stoneware ginger beer bottles used by the firm of Robert Claxton at Wells, Norfolk. During the 1920s, rather than paying for any more of his own bottles to be made, Claxton purchased a load of second-hand bottles bearing the name of the firm of Bannister of Drury Lane and simply stuck his labels over the top of Bannister’s stamp. By that date very few companies were still manufacturing stoneware ginger beer bottles, and it was cheaper for Claxton to get a load of second-hand ones and re-use them. He chose Bannister’s probably because the design was very similar to his. Neither of the stoppers in the bottles is the original, but both were found in the bottle when unearthed, showing the re-use of stoppers.