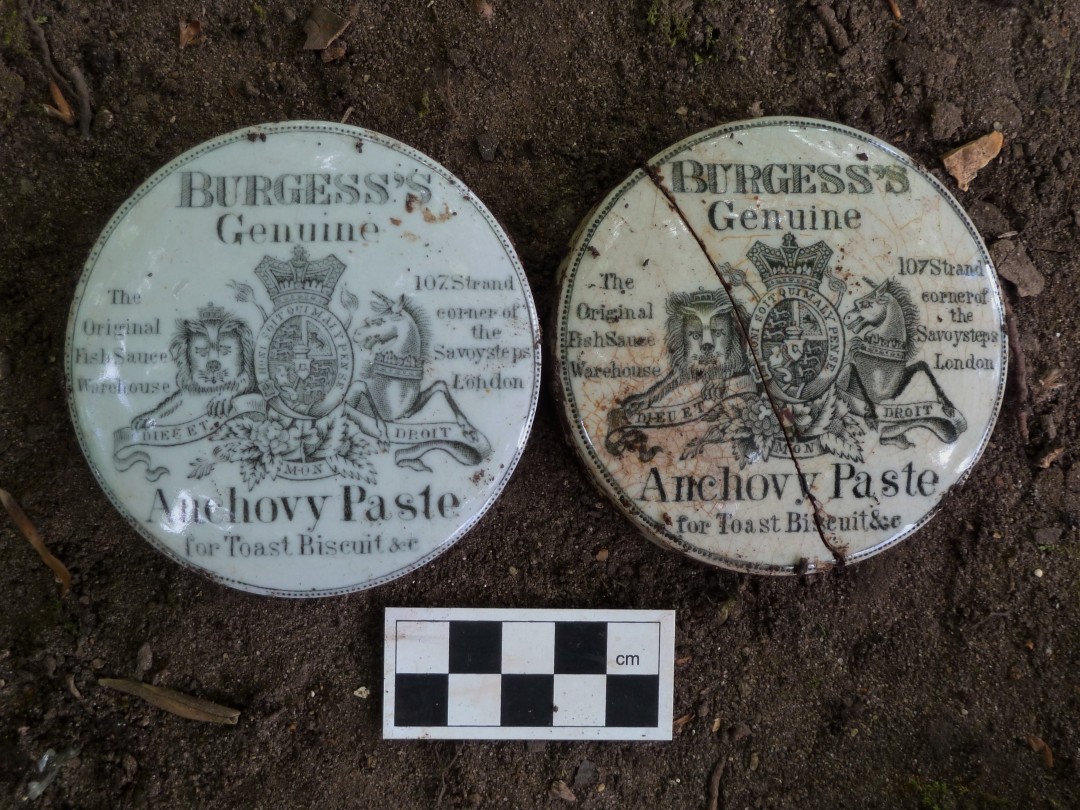 Victorian lids for Burgess’s Anchovy Paste (note the Victorian crown). A large number of twentieth-century lids for this product were also found, but all had broken up on account of freeze-thaw action, signifying a poorer quality of pottery. This is likely to have been due to the increasing relative costs of transfer-printed ceramics in an age when cheaper forms of packaging were on the rise.