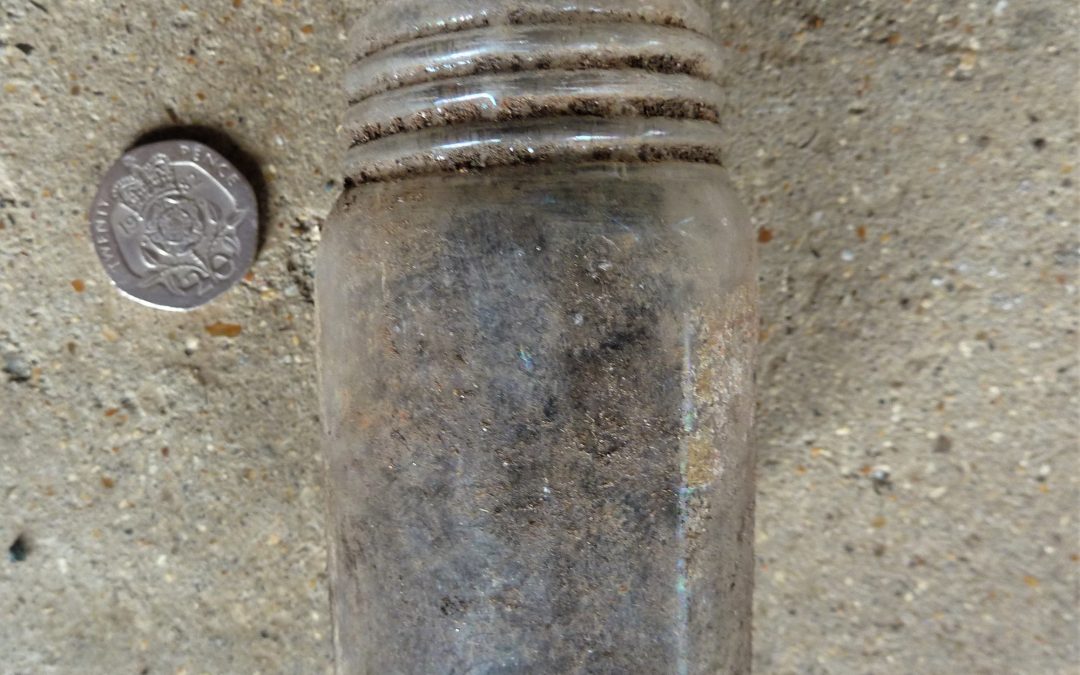 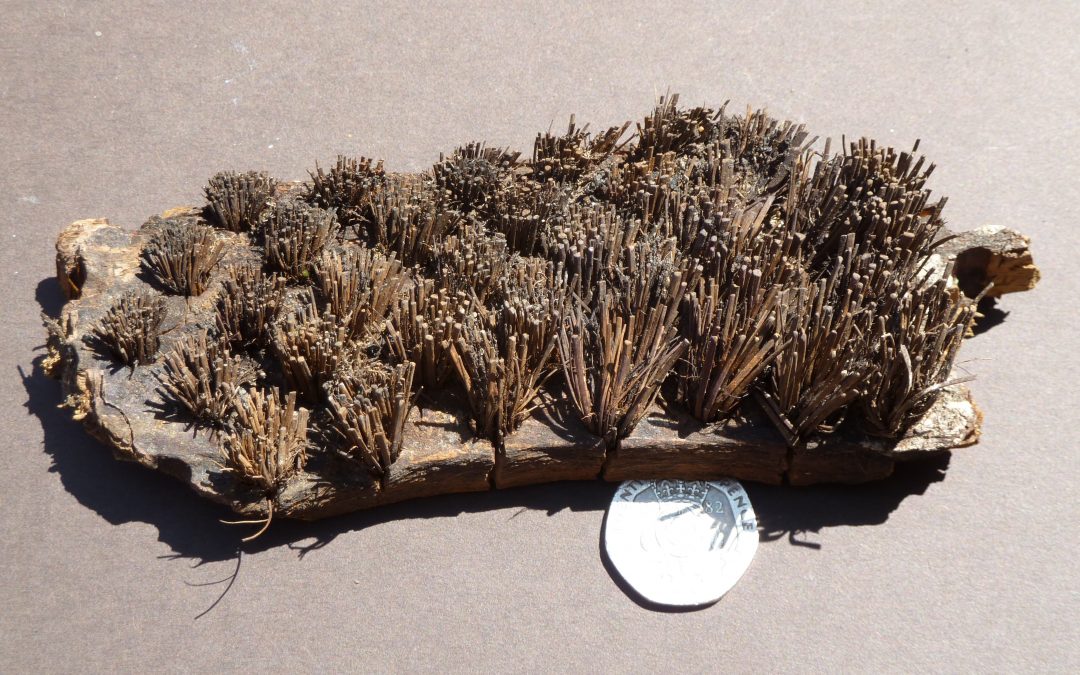 Brush for scrubbing mud off boots or for general household scrubbing. Thick stiff bristles are secured in groups by trace remains of copper wire. They are much worn down, showing why the brush was thrown away. 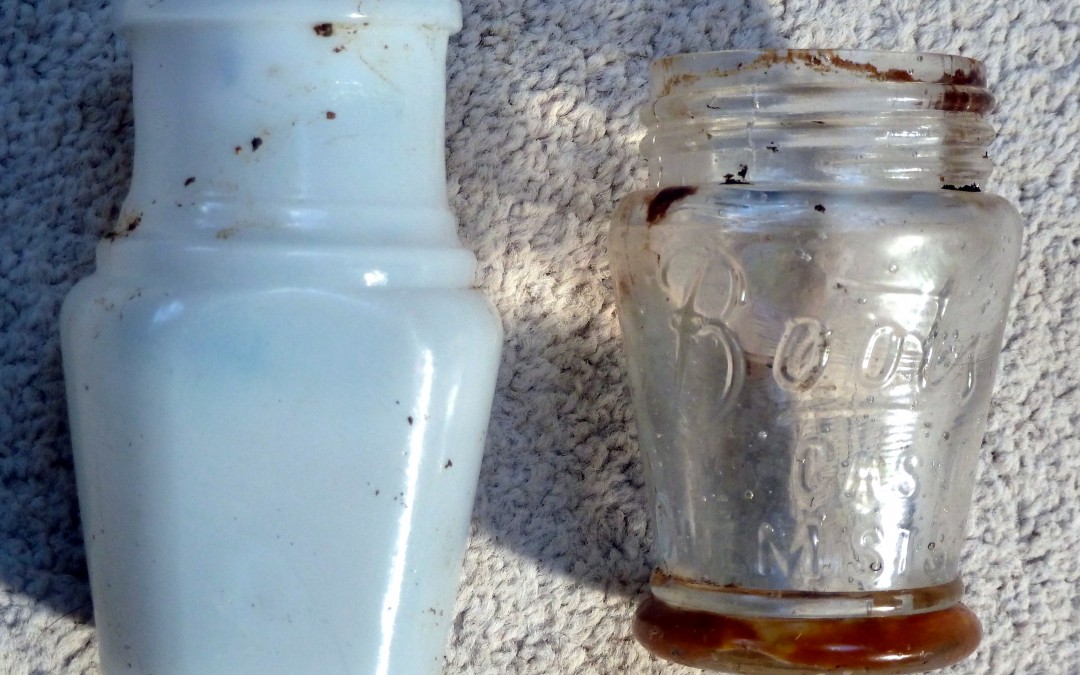 Two small jars for cosmetics or toiletries. The one on the left is made of milk glass. The one on the right is embossed ‘Boots Cash Chemists’ and contained a greasy orange residue. It retained its rusted metal screw-on lid. Of 100 bottle necks sampled in... 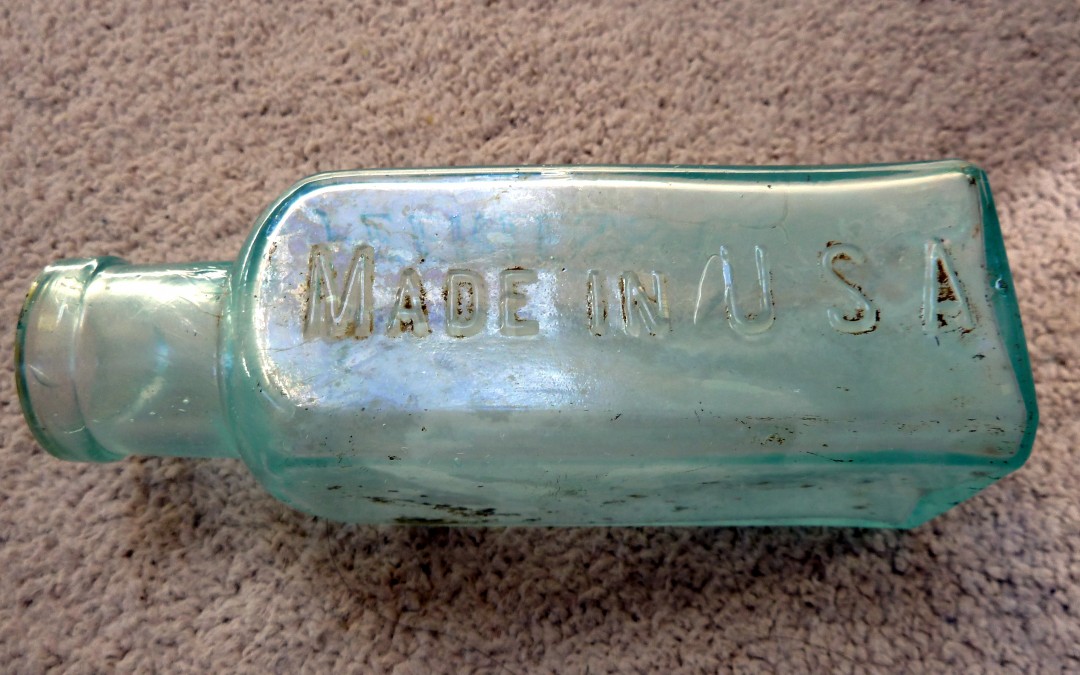 Aqua glass bottle, 12.7 cm tall, embossed on three sides: ‘Hauthaway’s/ Peerless Gloss/ Made in U.S.A’. Hauthaway’s company, established in 1852, manufactured protective coatings for shoes. The bottles come in different colours. Some have the... 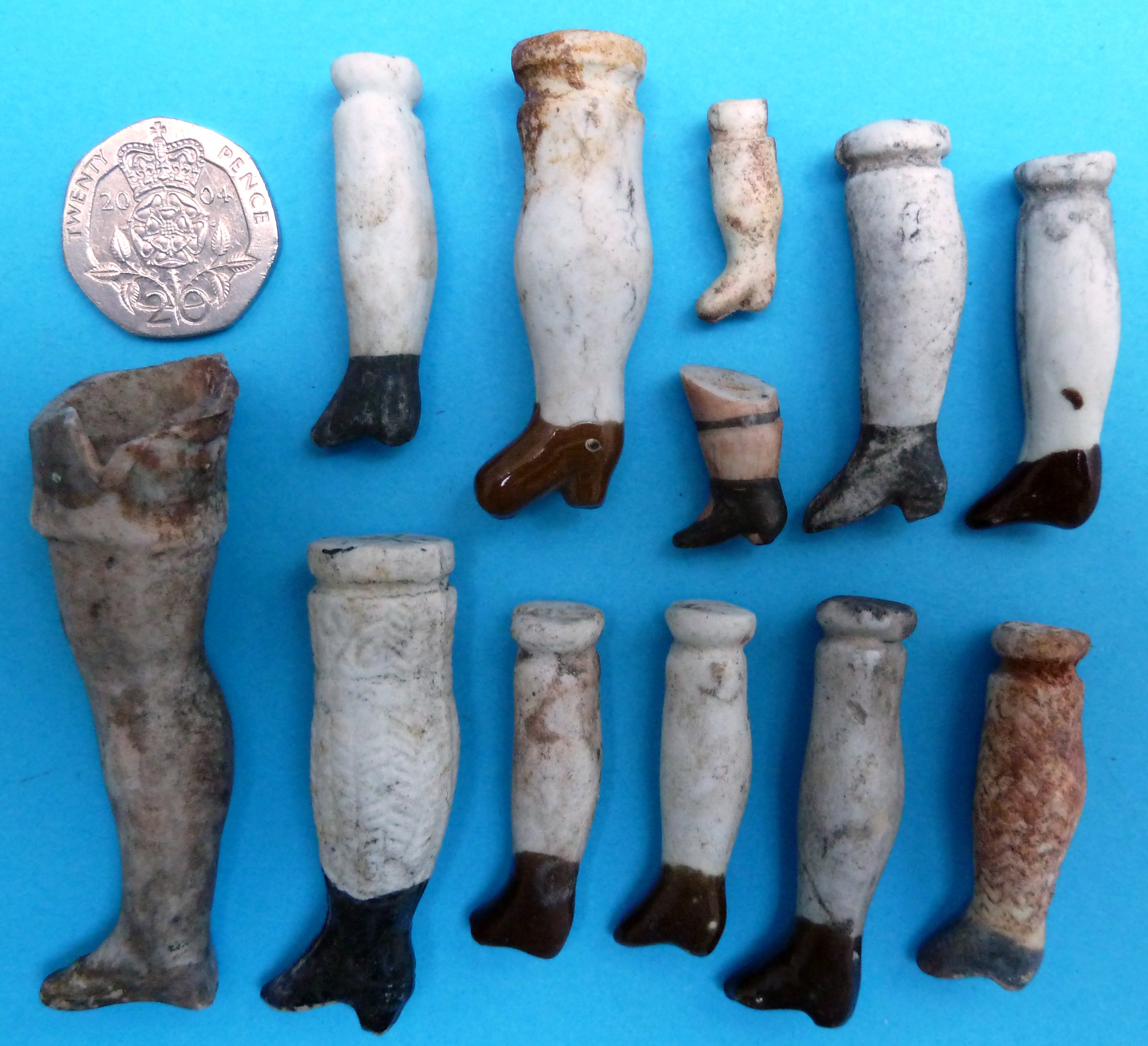 A variety of dolls’ legs. These were tied, sewn or glued into fabric bodies and covered with the dresses worn by the dolls. Some have stockings and boots. It would have been too complicated for makers of cheap dolls to differentiate between left legs and right... 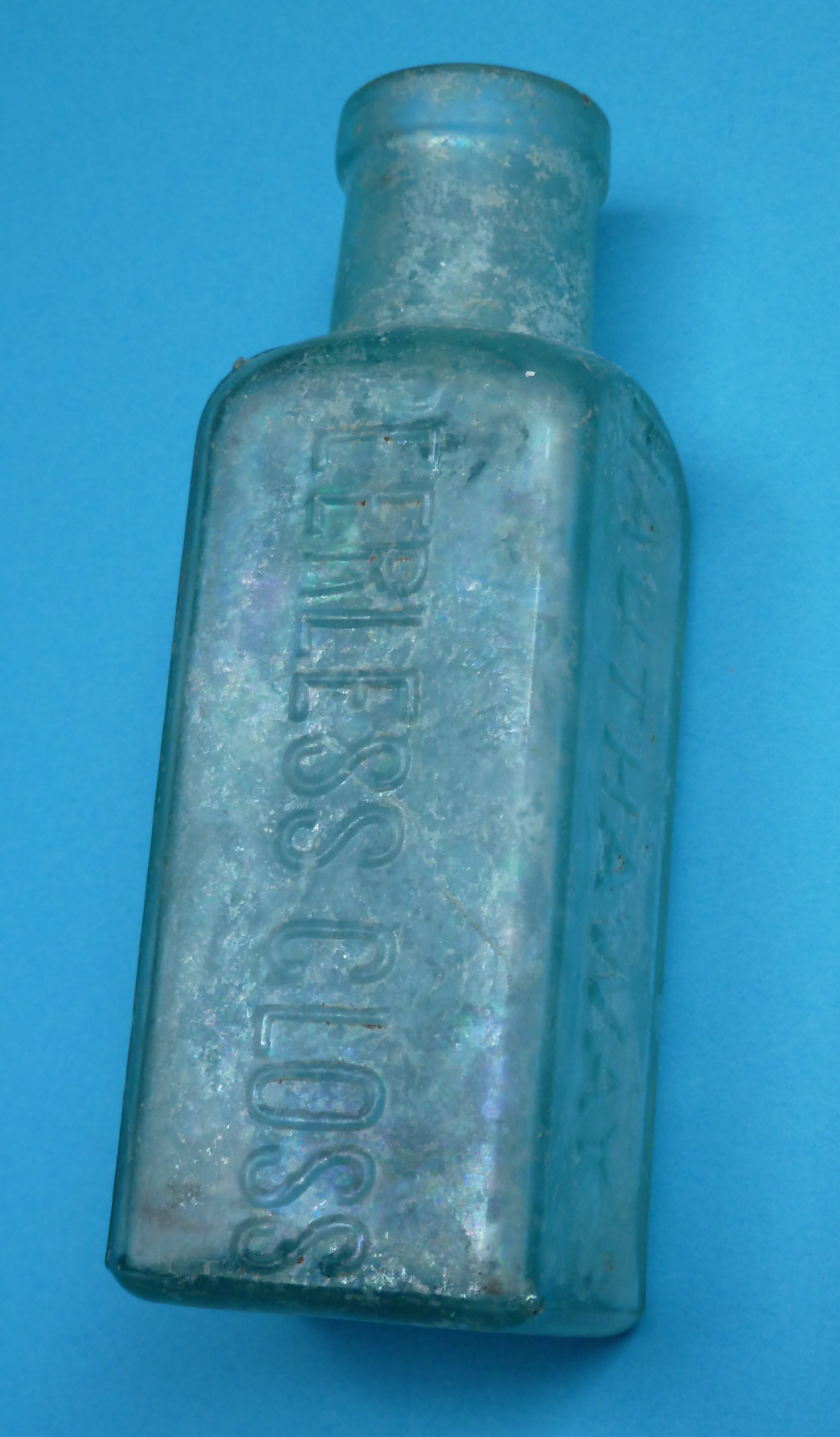 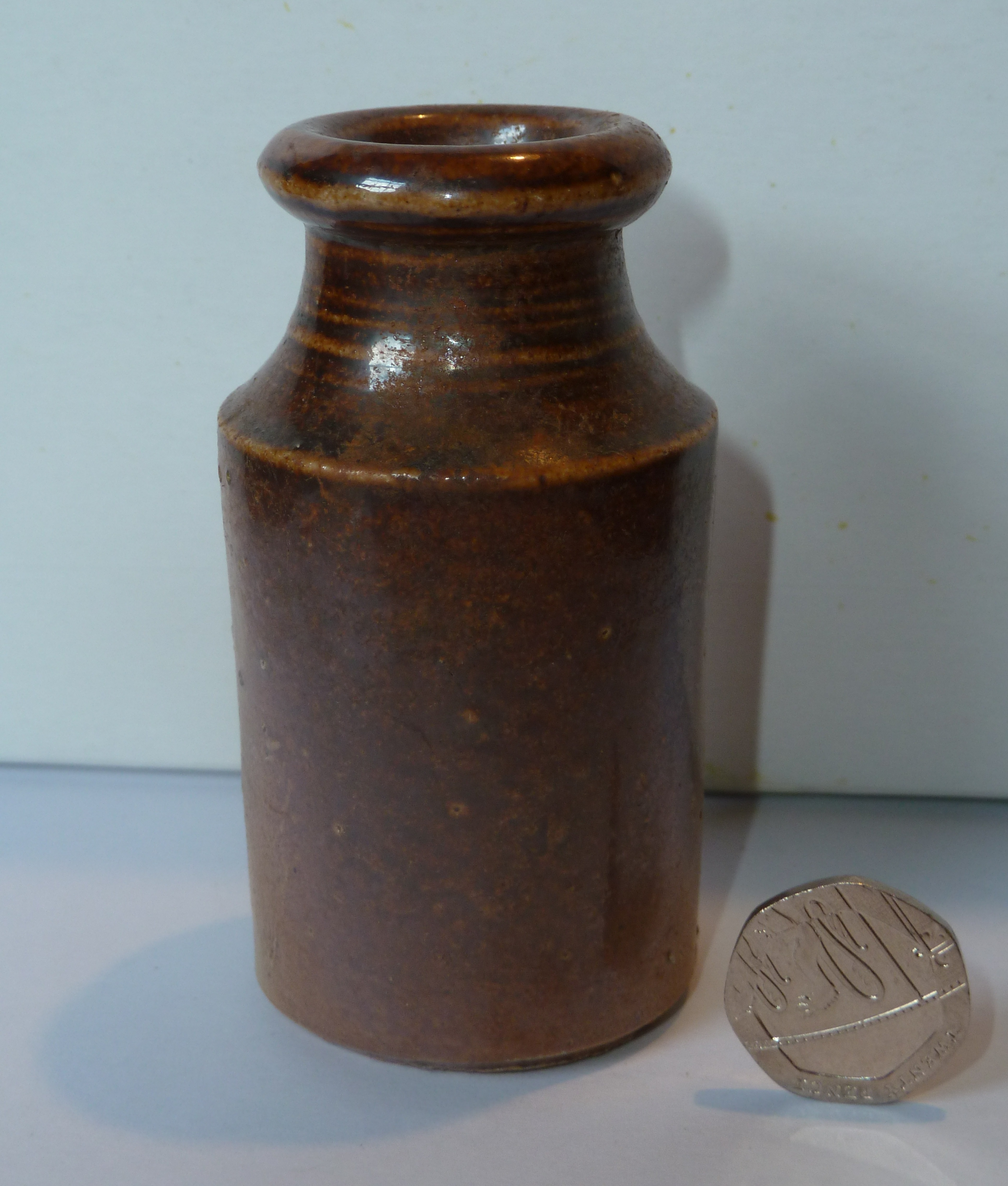 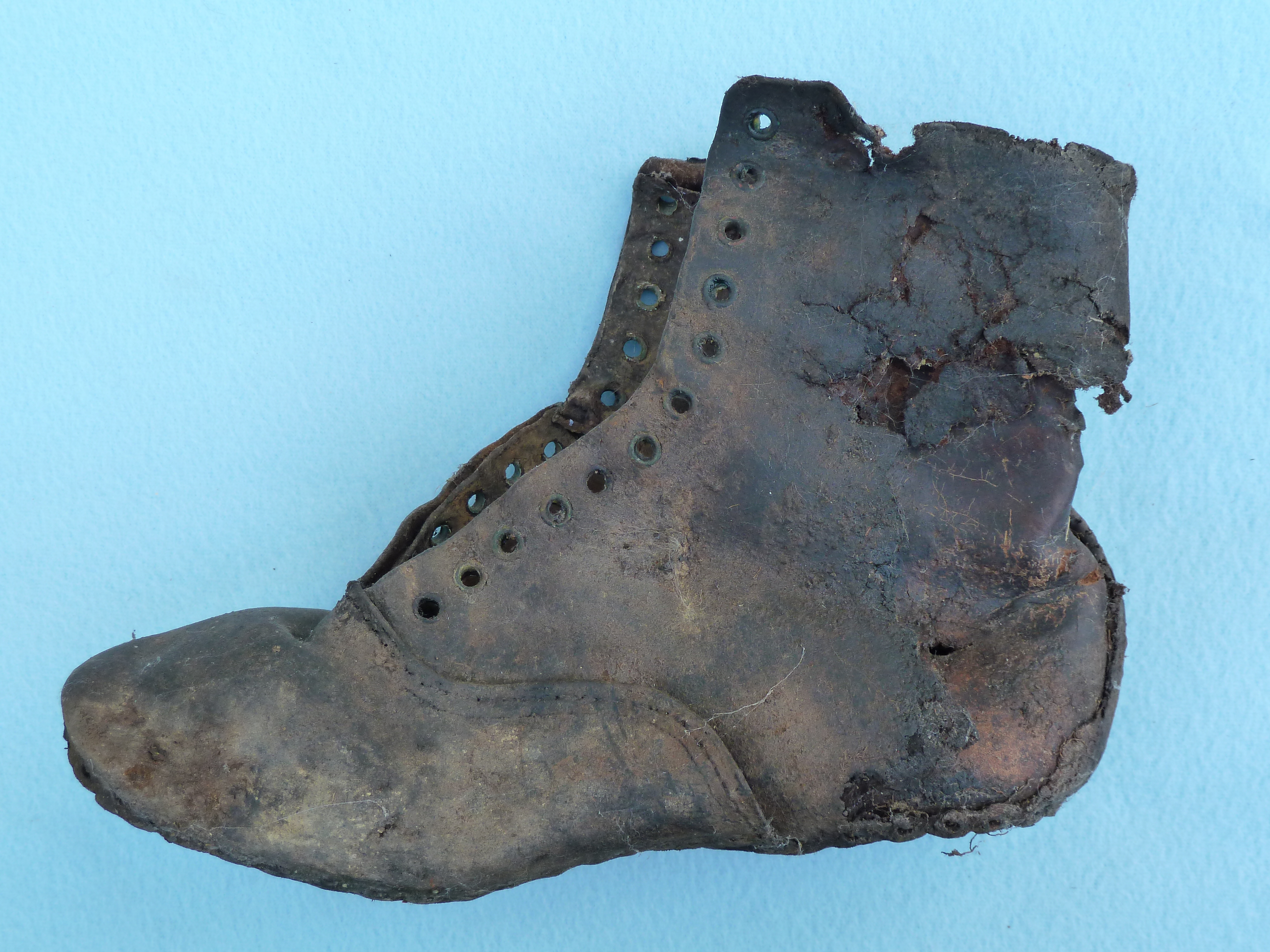