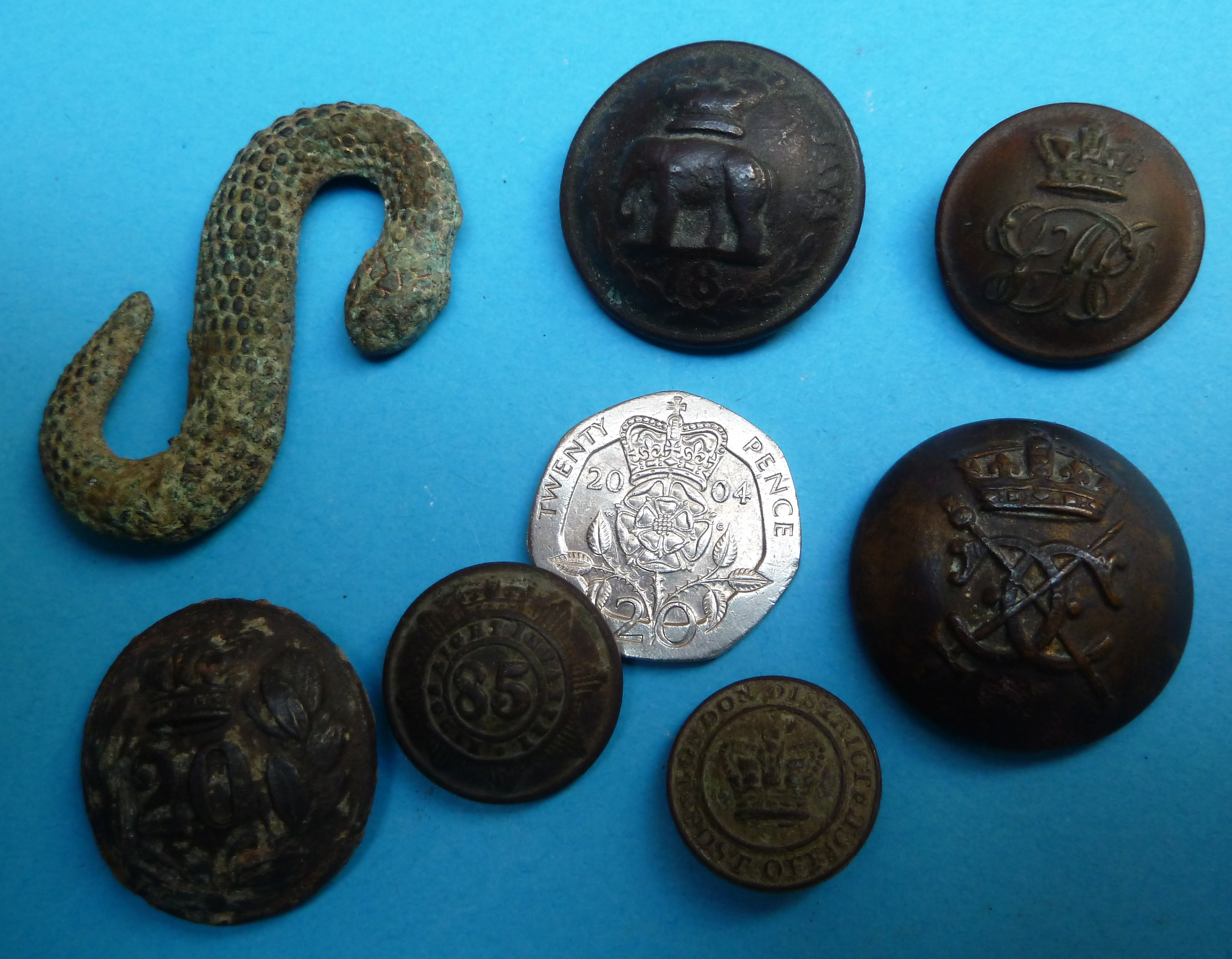 Brass moulded buttons from uniforms, and a gilt snake clasp from an officer’s belt. The buttons include regimental buttons for the 20th, 78th (depicting an elephant), and 85th (light infantry). There is also a uniform button for the London District Post... 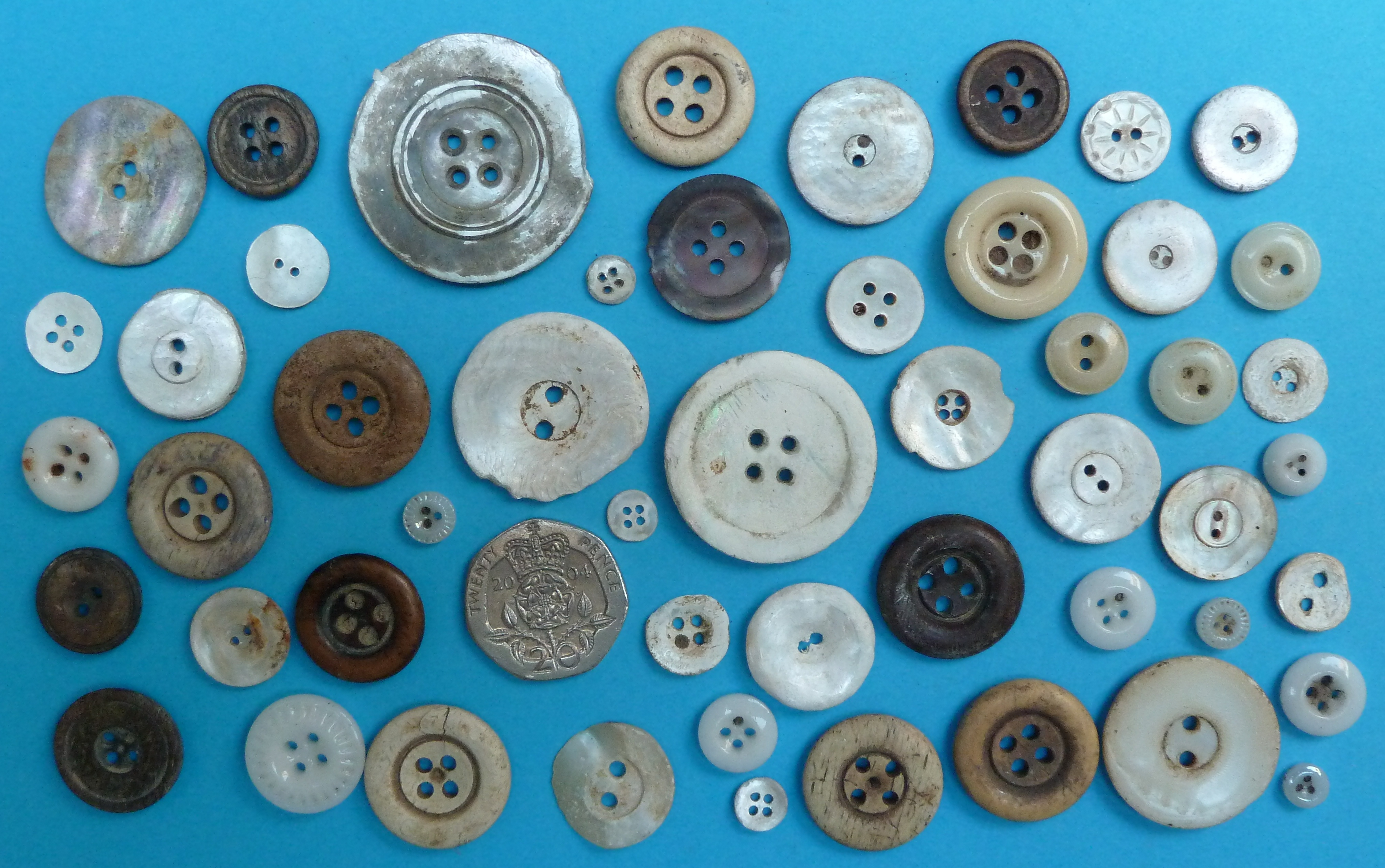 A variety of buttons made of bone, mother of pearl, milk glass, china and wood. Many would have been attached to items to clothing when thrown away. 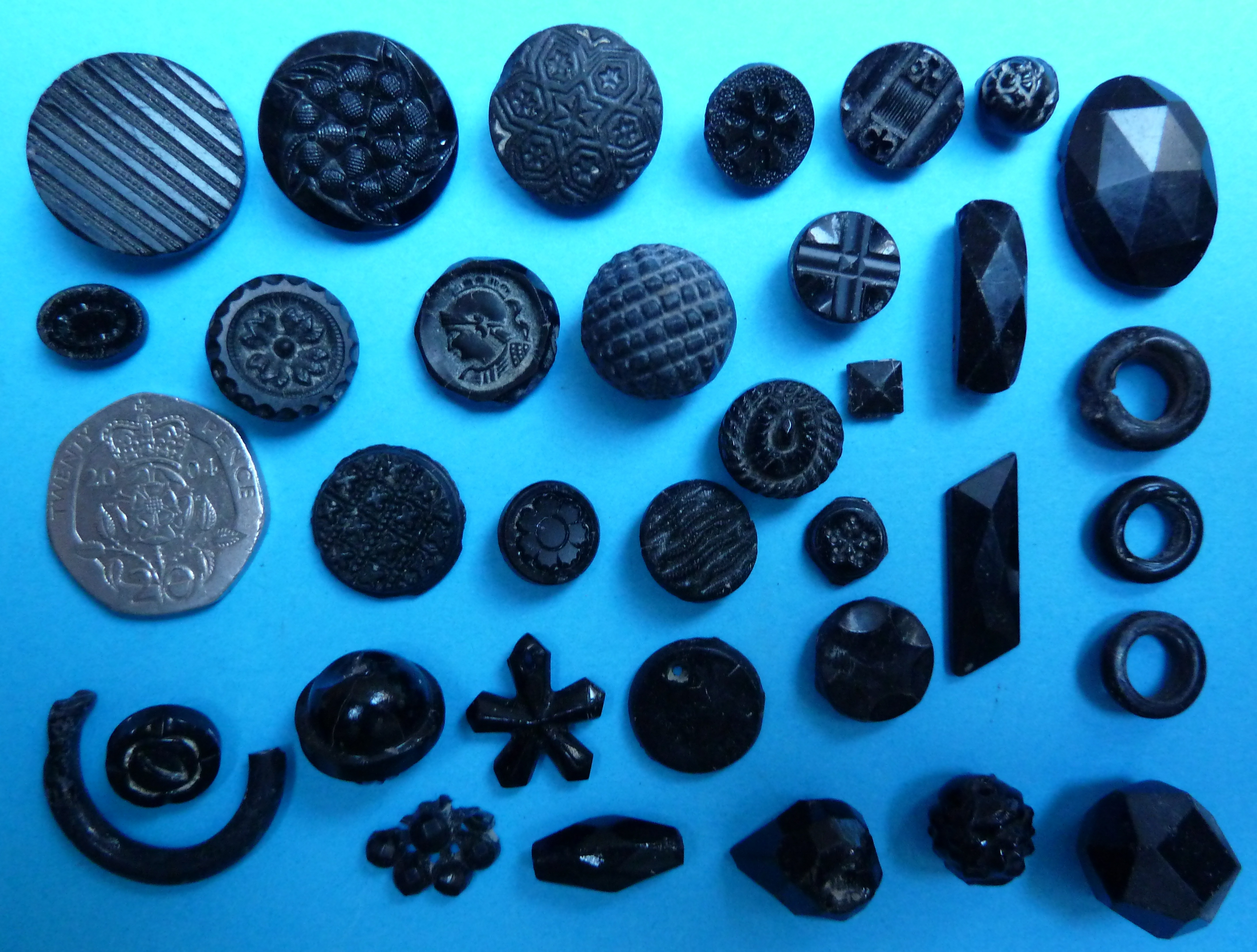 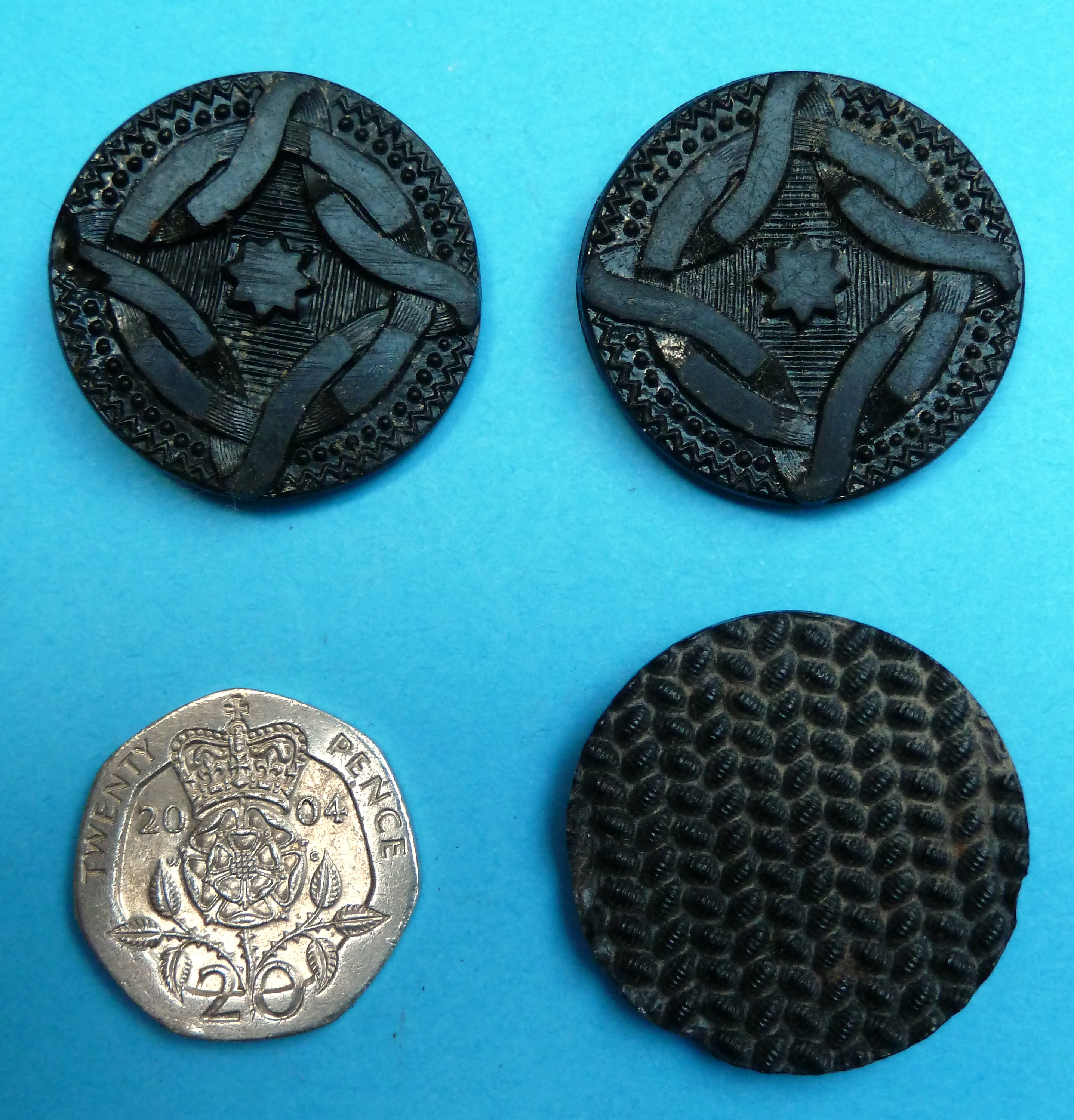 Hand- or machine-cut jet buttons are found on some late Victorian sites. Jet became particularly popular during Queen Victoria’s period of mourning after the death of Prince Albert. The buttons may have been attached to items of clothing when thrown away.