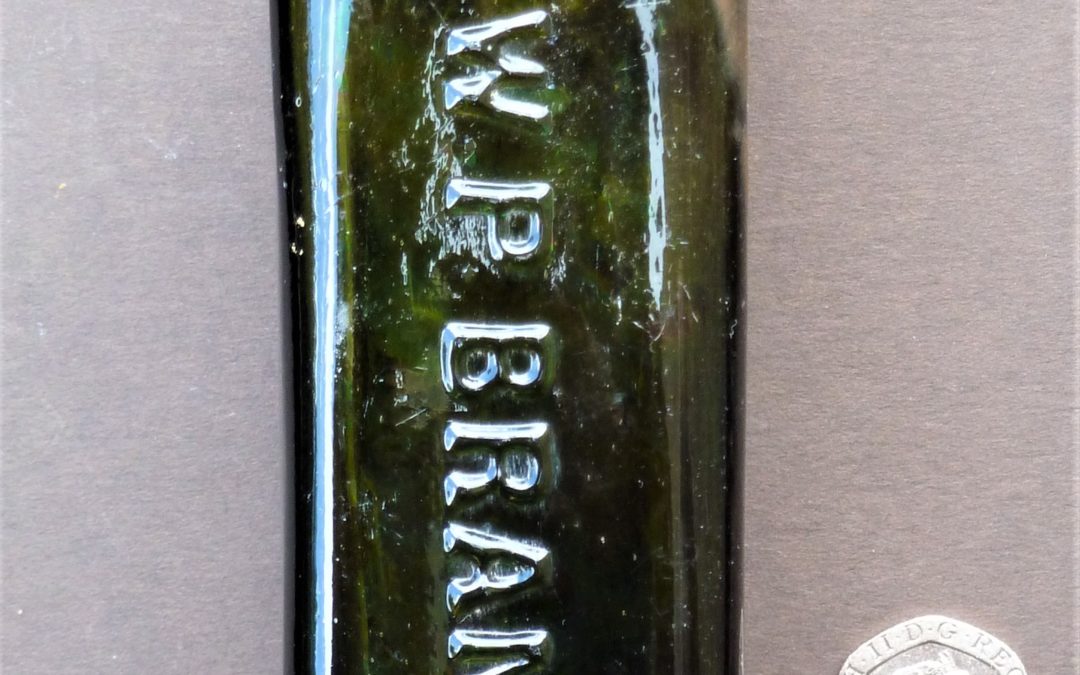 W. P. Branson, coffee extract bottle, dark green. Less common is the version in reddish-brown glass. These bottles are found all over the world. Branson later become a Limited Company, and later bottles have ‘Ltd’ embossed on them. 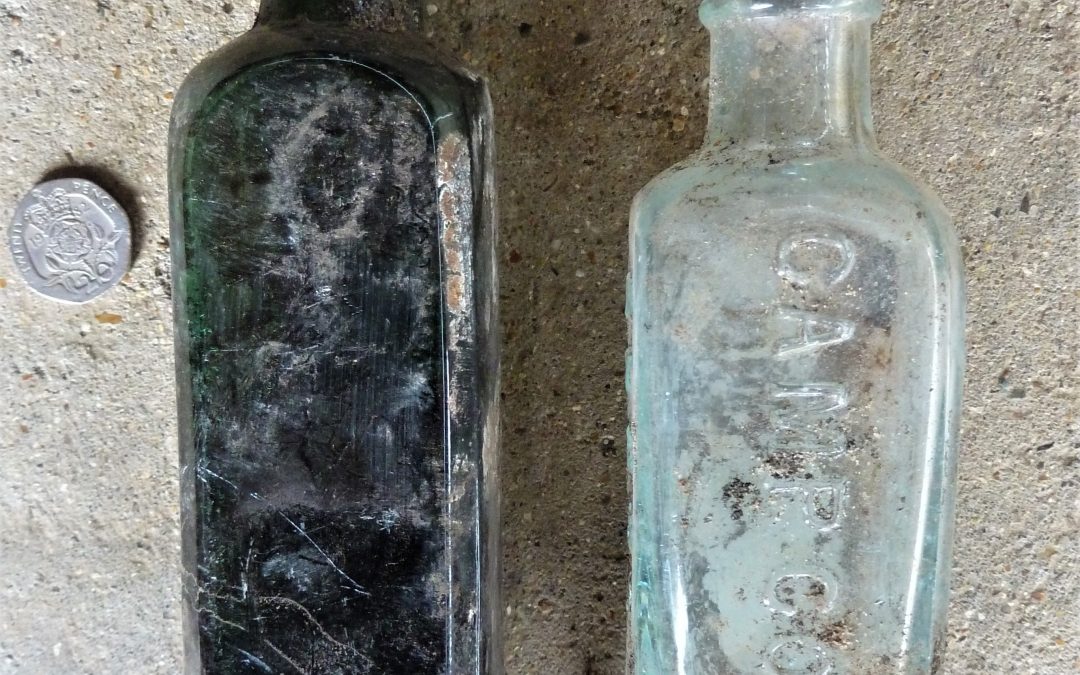 Bottles for coffee extract, including (right) Paterson’s Camp Coffee. The green bottle on the left is similar to those later used by the Scottish Co-operative Wholesale Society (SCWS) for bottled coffee extract, but unlike those it is not embossed. Both would... 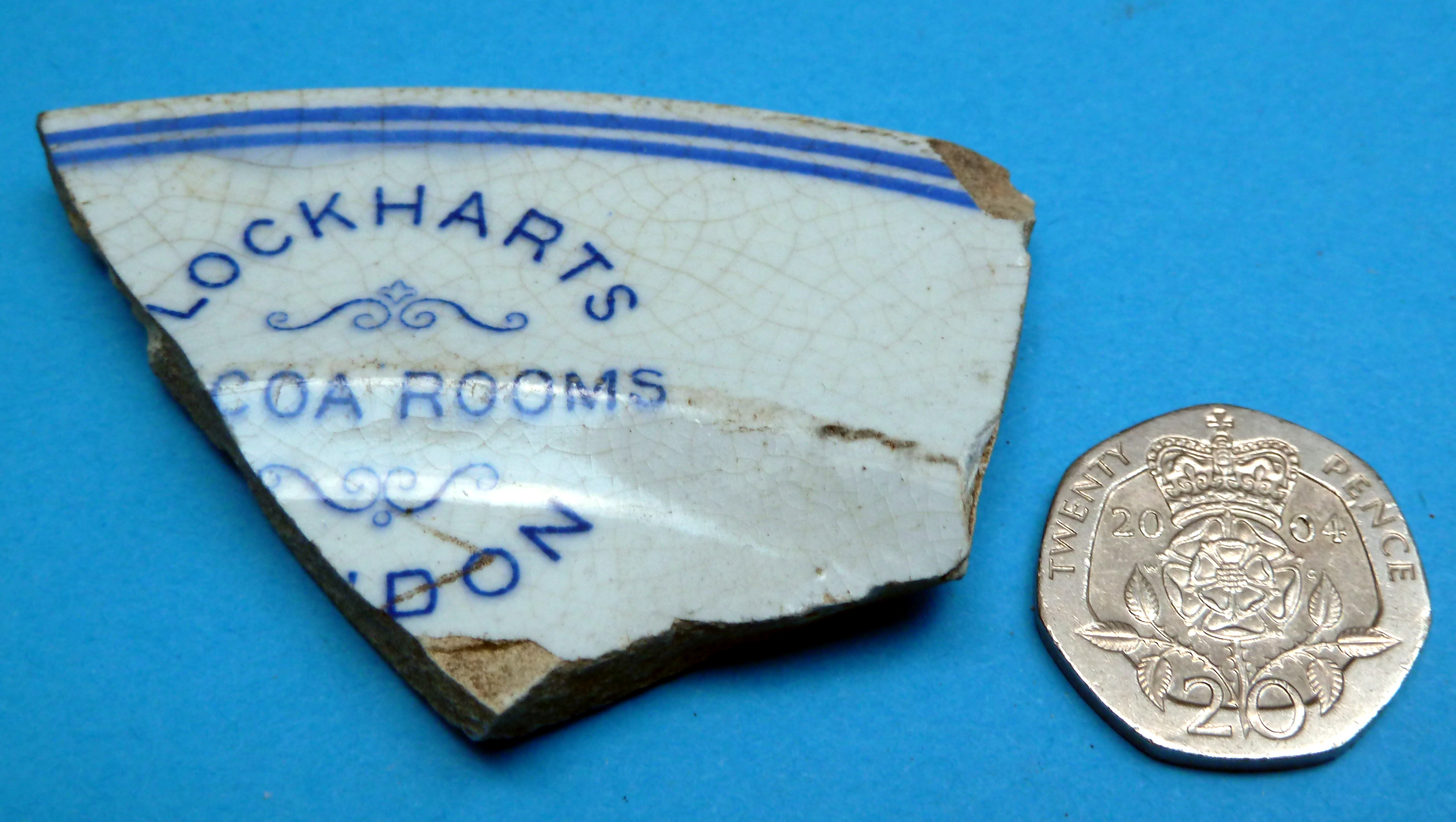 ‘Cocoa rooms’ were the successor to ‘coffee palaces’, offering good, cheap refreshments; and the company Lockhart’s ran almost the Victorian equivalent to a modern chain of coffee shops, with outlets across London. Plates, cups and mugs... 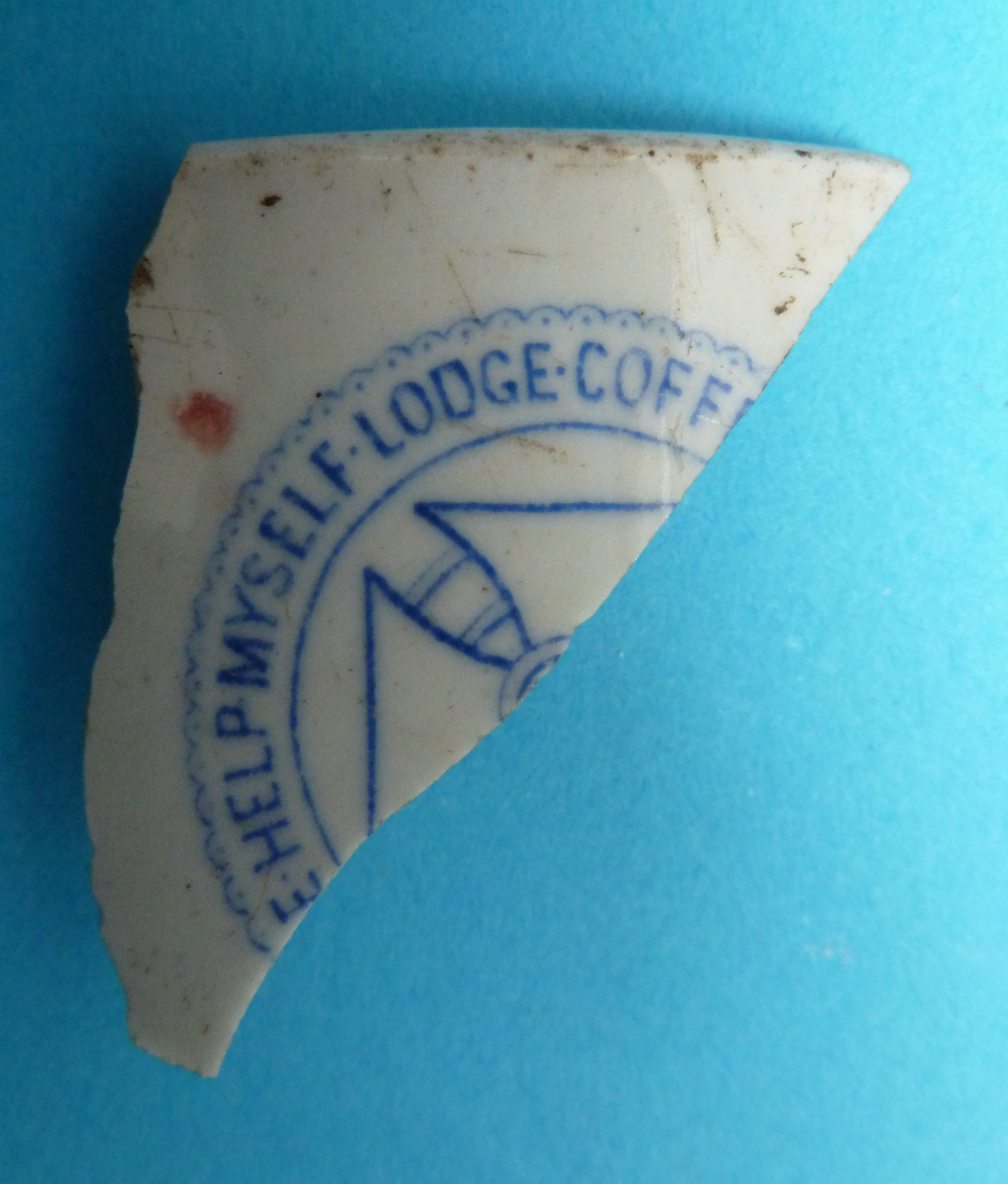 Part of a cup from ‘The Help Myself Coffee Palace Company’, which was at 216 Old Kent Road. Refreshments were served to subscribers who paid 2d a week. Discarded in East London and dumped in Essex. 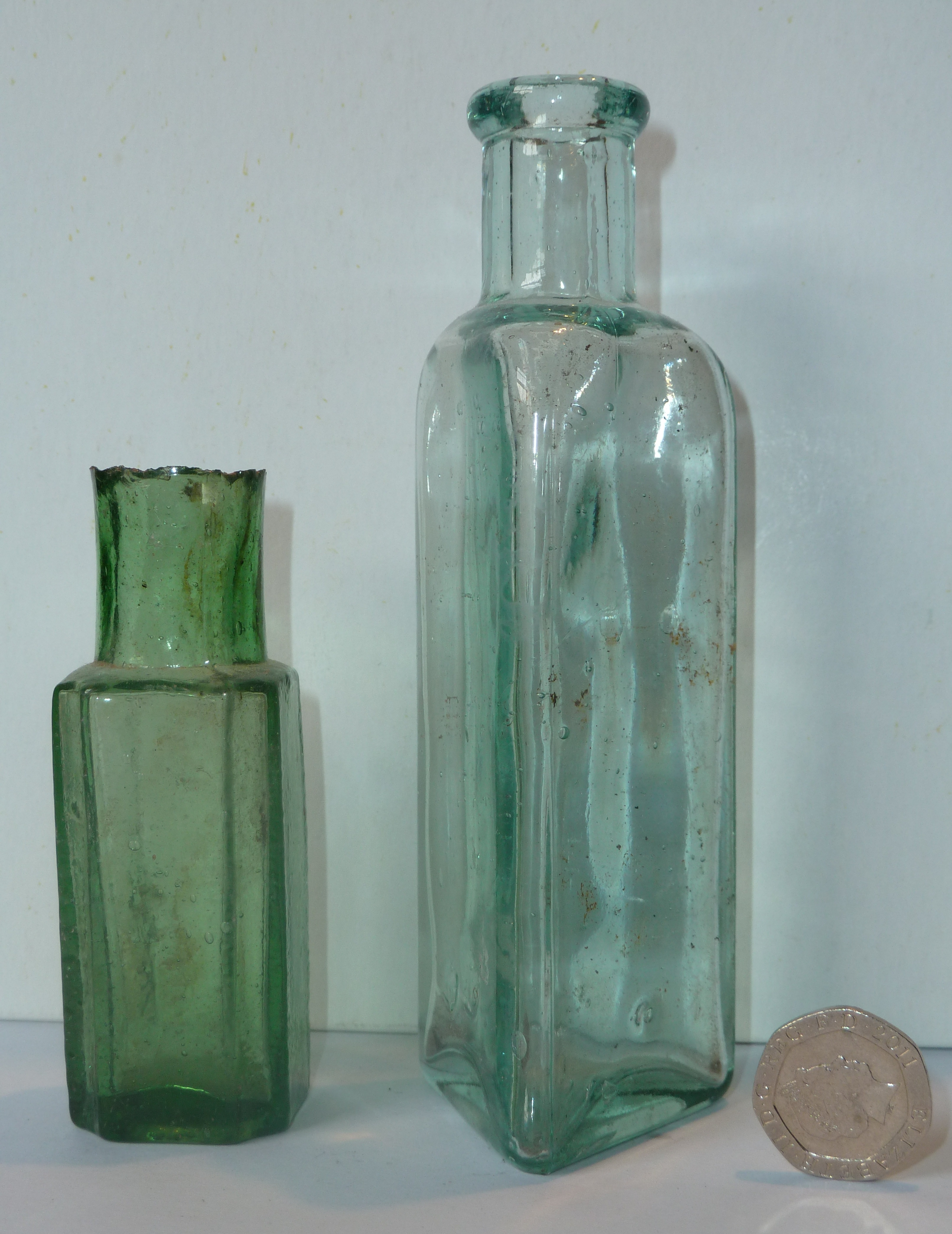 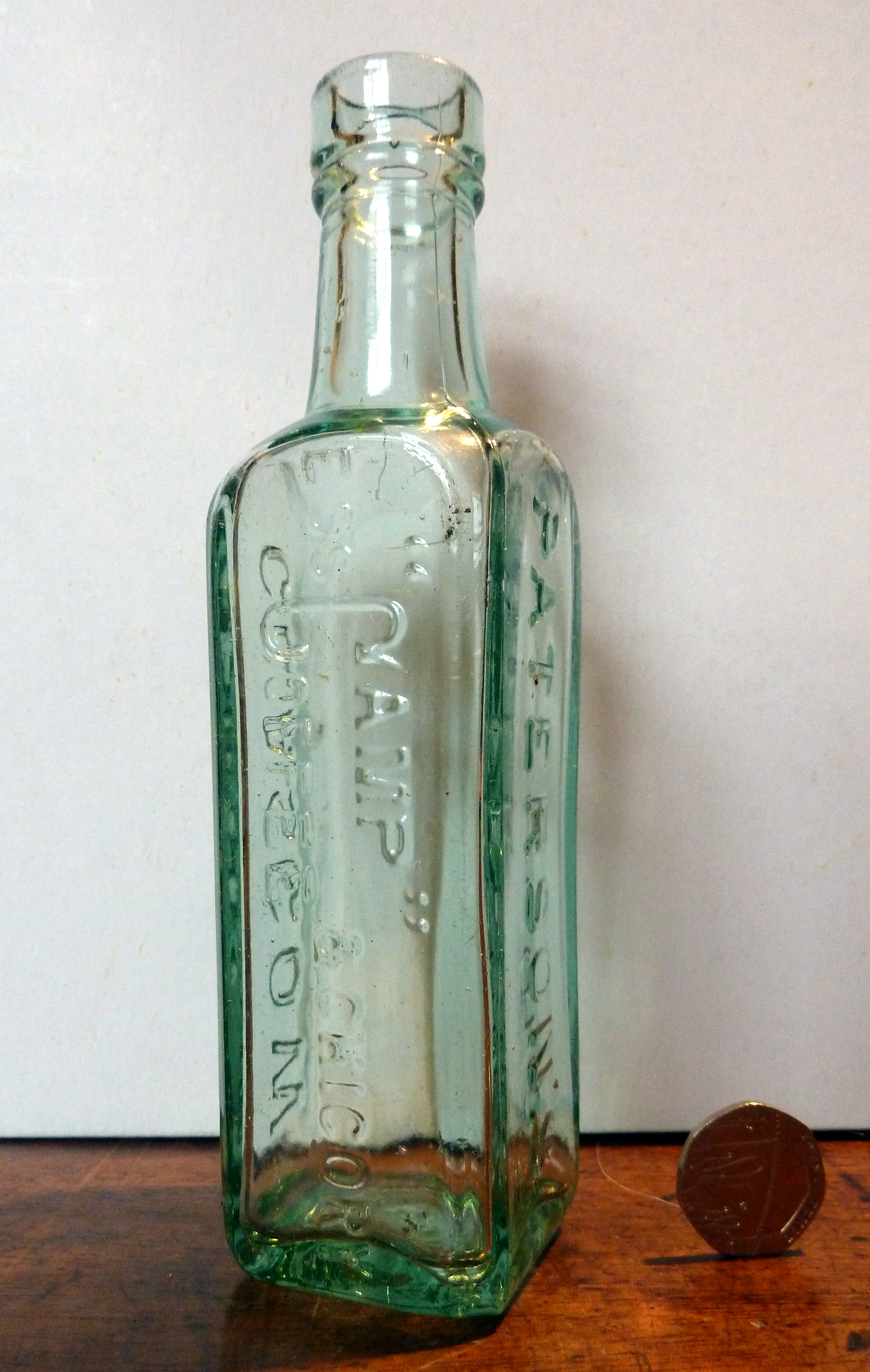