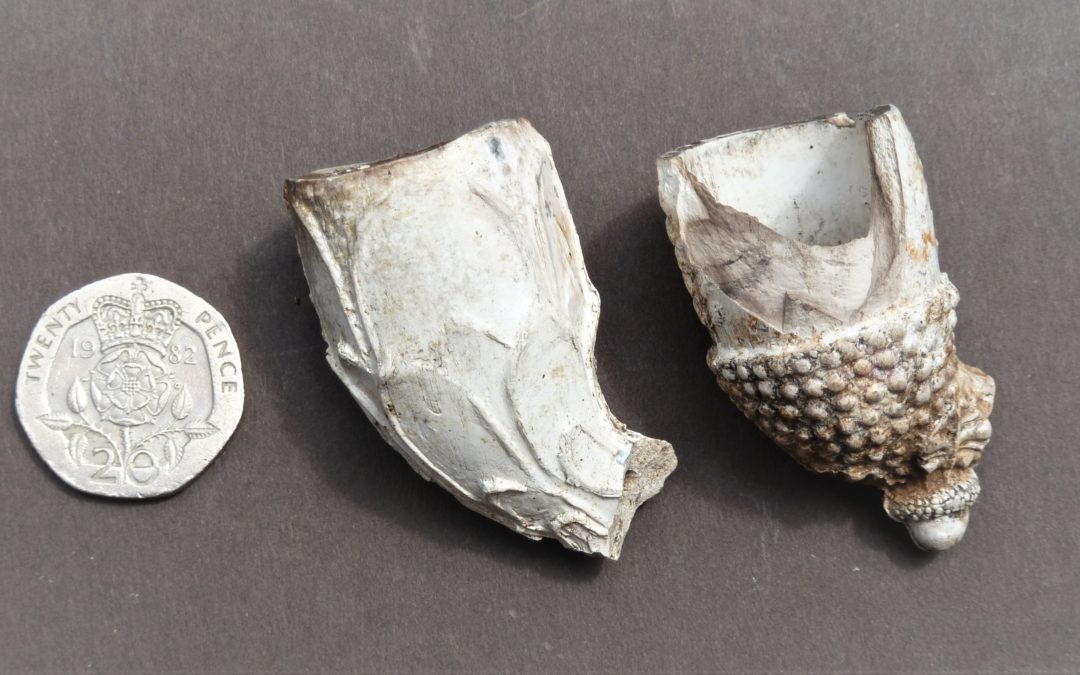 Clay pipe bowls, moulded as a tulip (left) and an acorn (right). Note the smaller acorn which forms the part of the bowl called the ‘spur’ or ‘stud’. This was partly decorative and partly for knocking loose the congealed burnt tobacco. Kaolin... 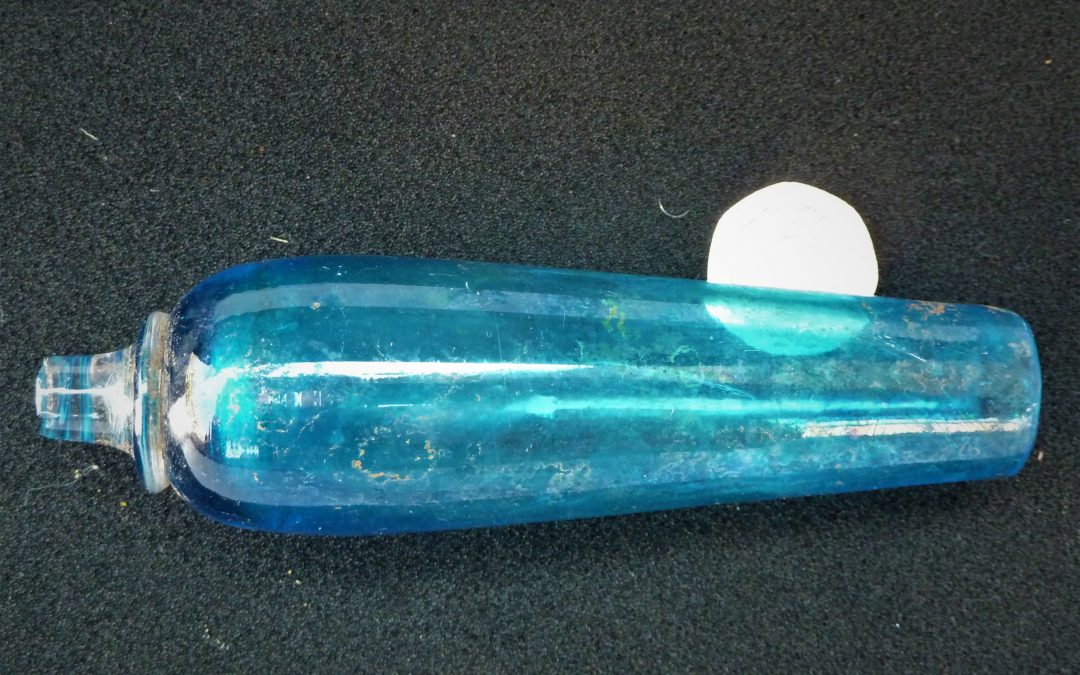 Sky-blue-glass specimen vase, with a clear-glass stem. Vases of this sort were for holding a single ‘specimen’ flower. The stem and pedestal foot are broken off. 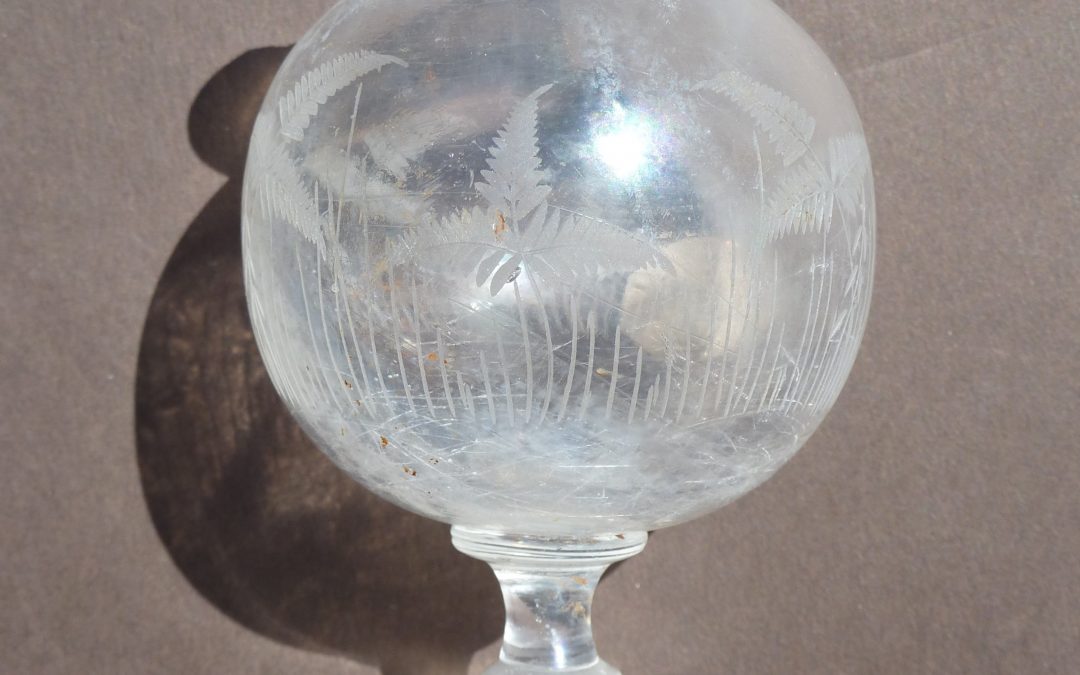 White glass globular pedestal vase or pot pourri holder, with a flat flared lip, etched with grasses and ferns around the body. Damage to the lip. 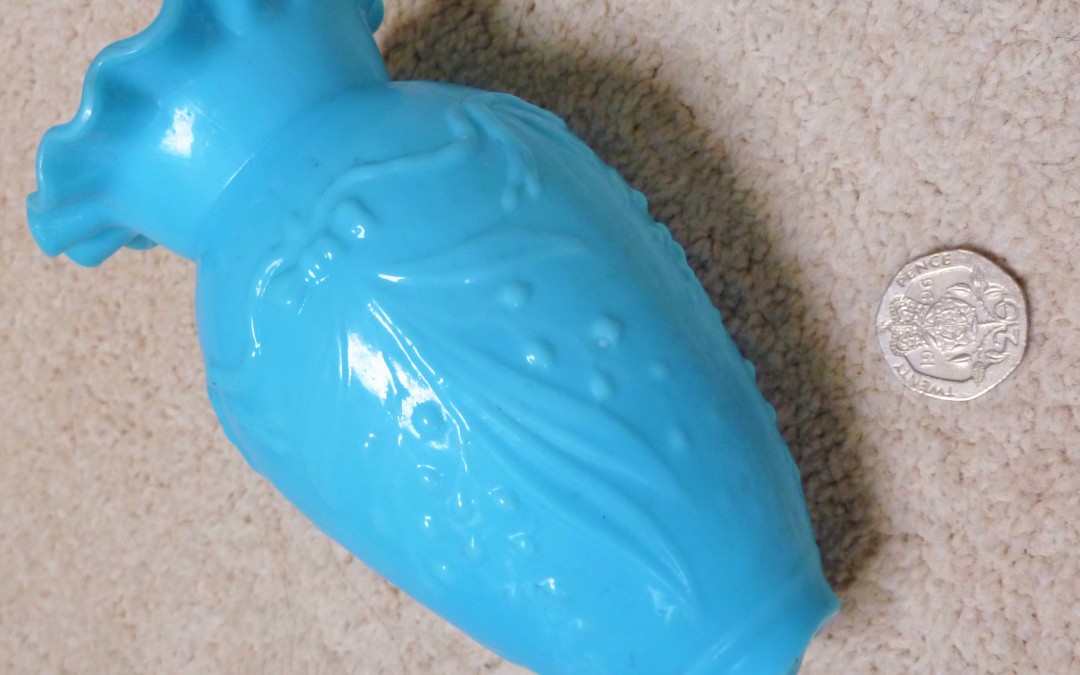 Blue milk-glass vase, moulded with drapery or ribbons and hanging flowers or berries. The pedestal base is broken off. 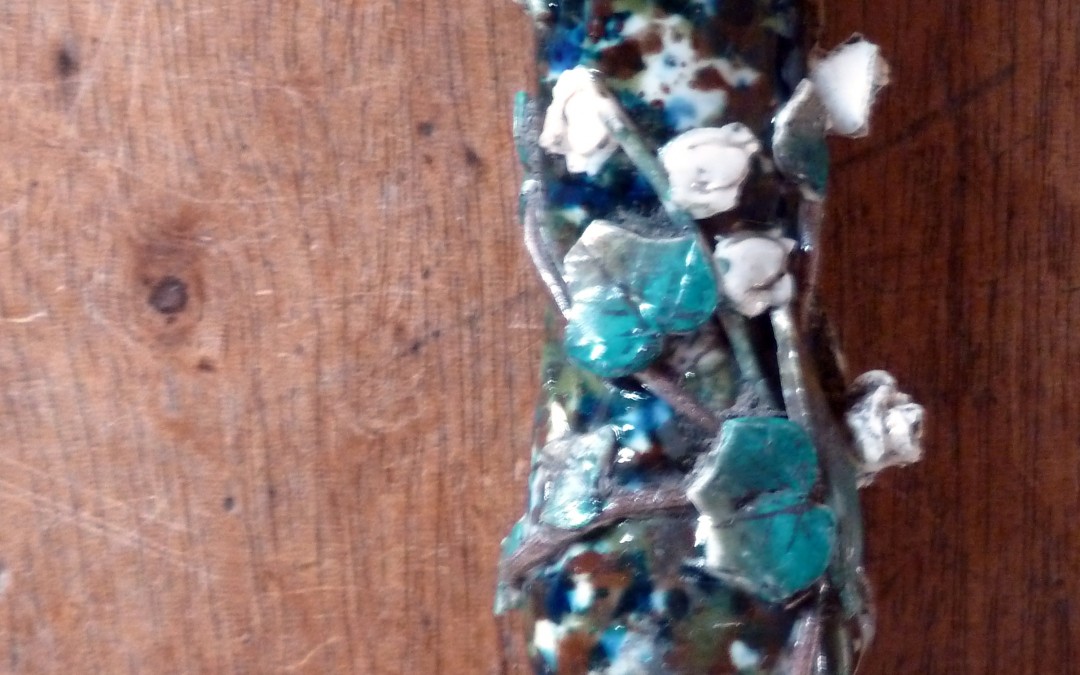 Many different colours of glass are brought together in this specimen vase (for a single flower), the top of which has broken off. Found amid ash and domestic refuse of the 1890s. 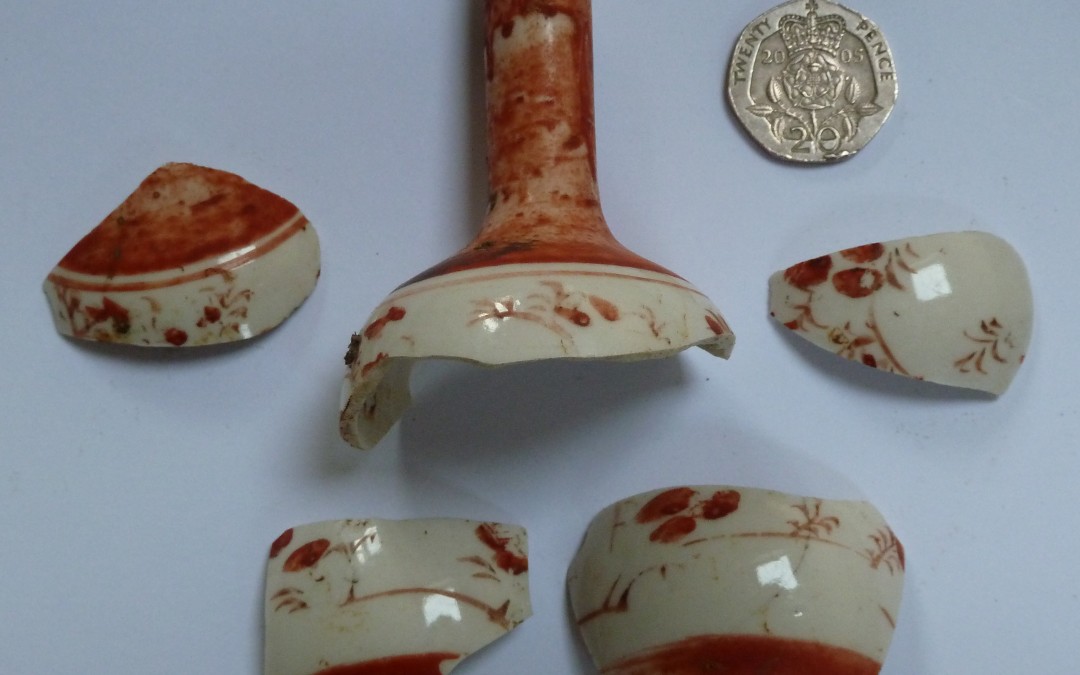 Tiny white ceramic specimen vase, painted with red floral decoration, made for the Chinese export market. This was one of three oriental vases discarded after the death of Mary Everett in 1908, probably because her daughters did not share her tastes. Other crockery... 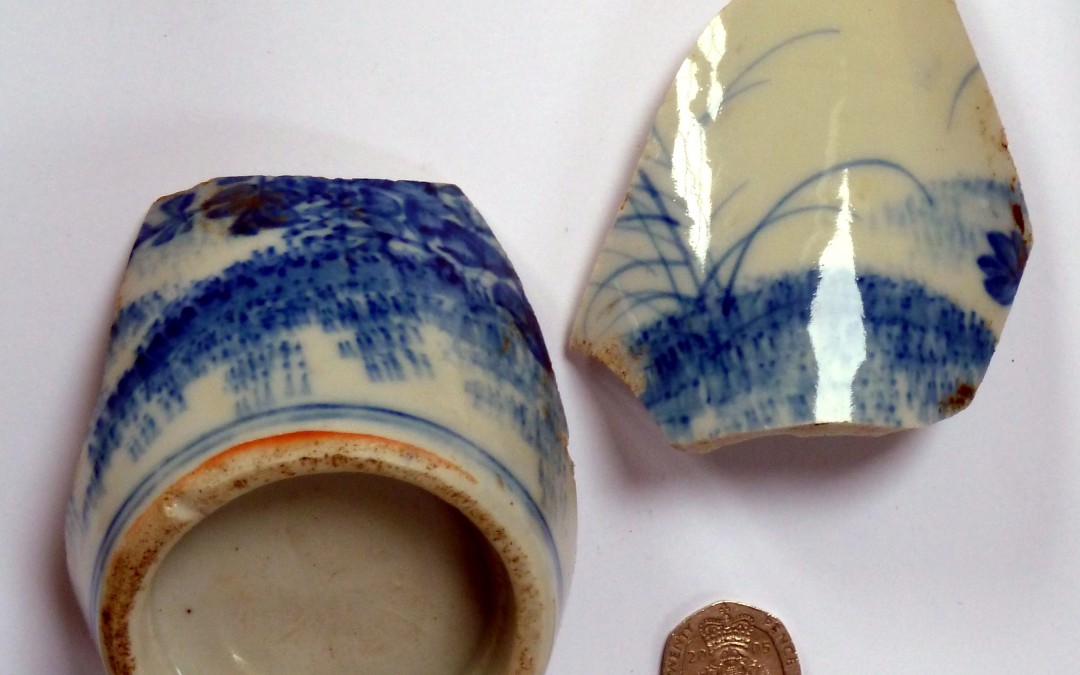 White ceramic oriental vase with blue and white painted decoration, discarded with two others after the death of Mary Everett in 1908. 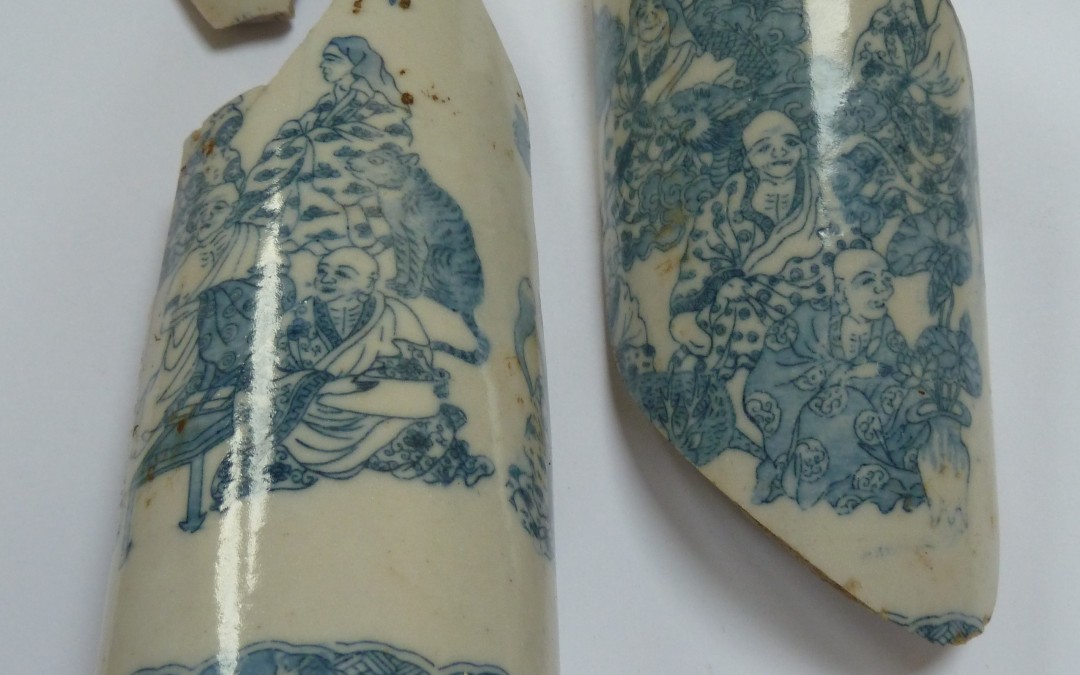 Imported oriental white ceramic flower vase, with transfer-printed design in blue, showing human figures and animals. This was one of at least three small imported oriental vases discarded, in 1908, after the death of Mary Everett, along with old and worn crockery.... 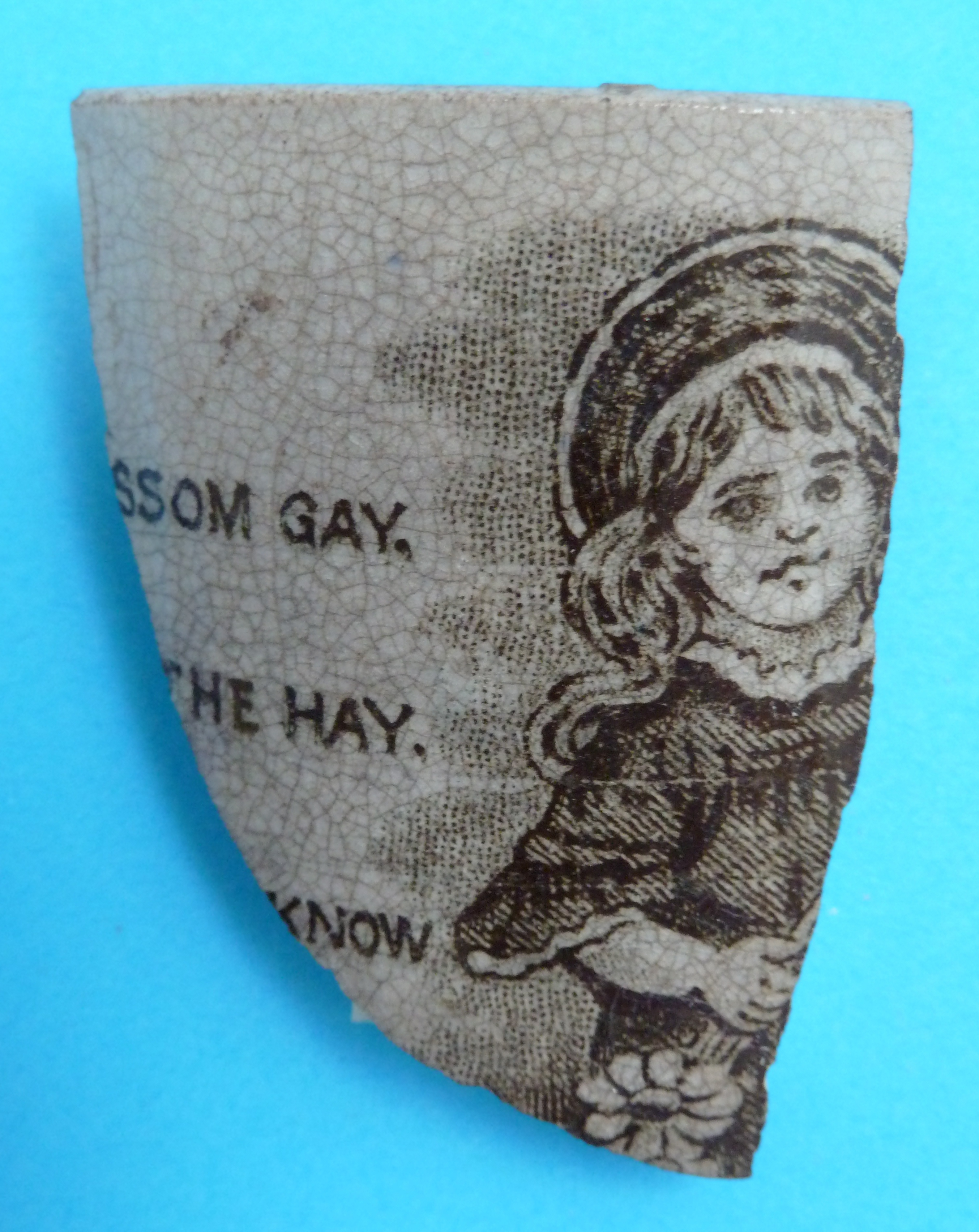 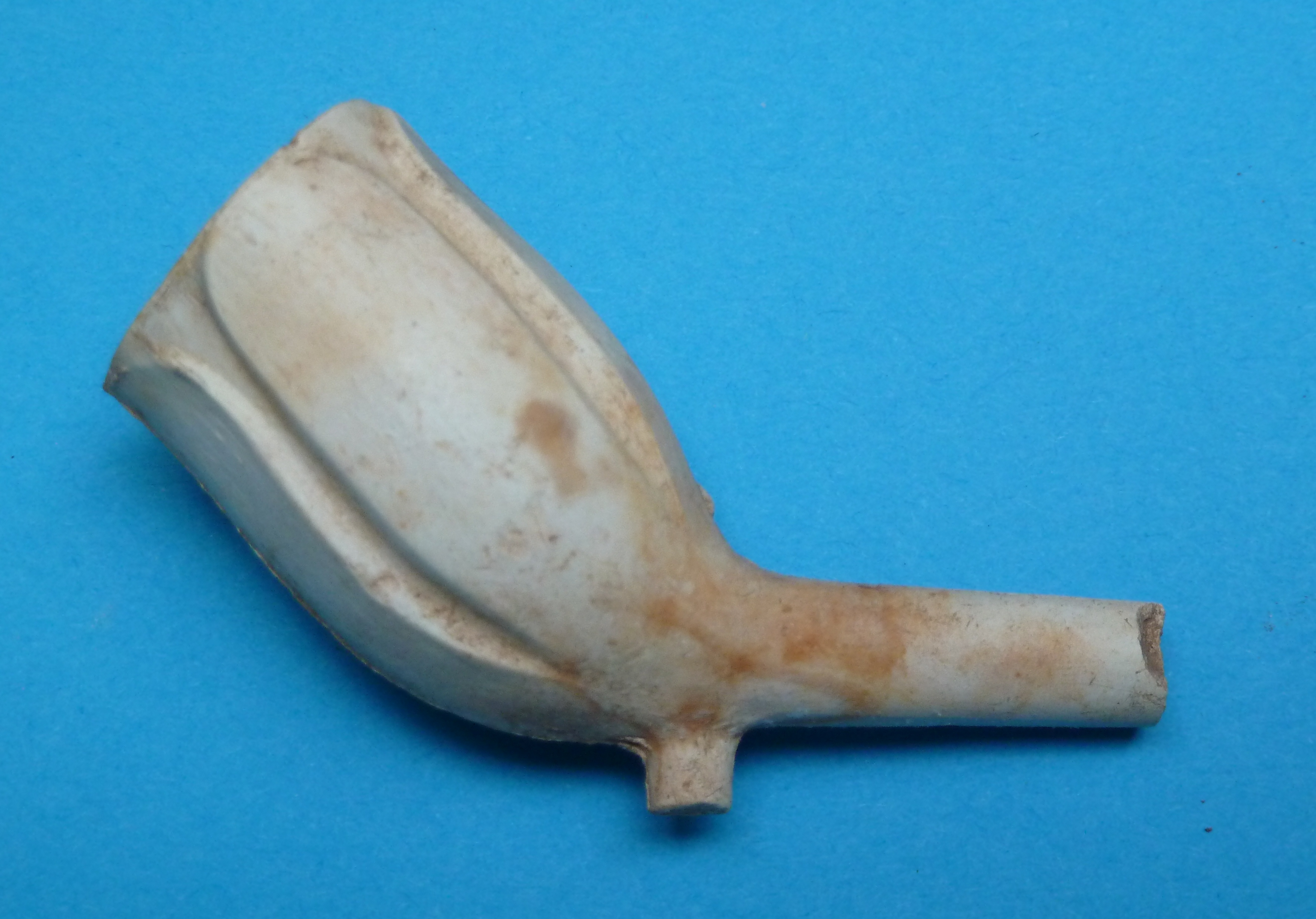 Made in Holland, smoked in London, dumped in Essex. Dutch clay pipes are distinctive because the bowl sits at about 45 degrees to the stem. This one is in the shape of a tulip – another Dutch import to Victorian London. 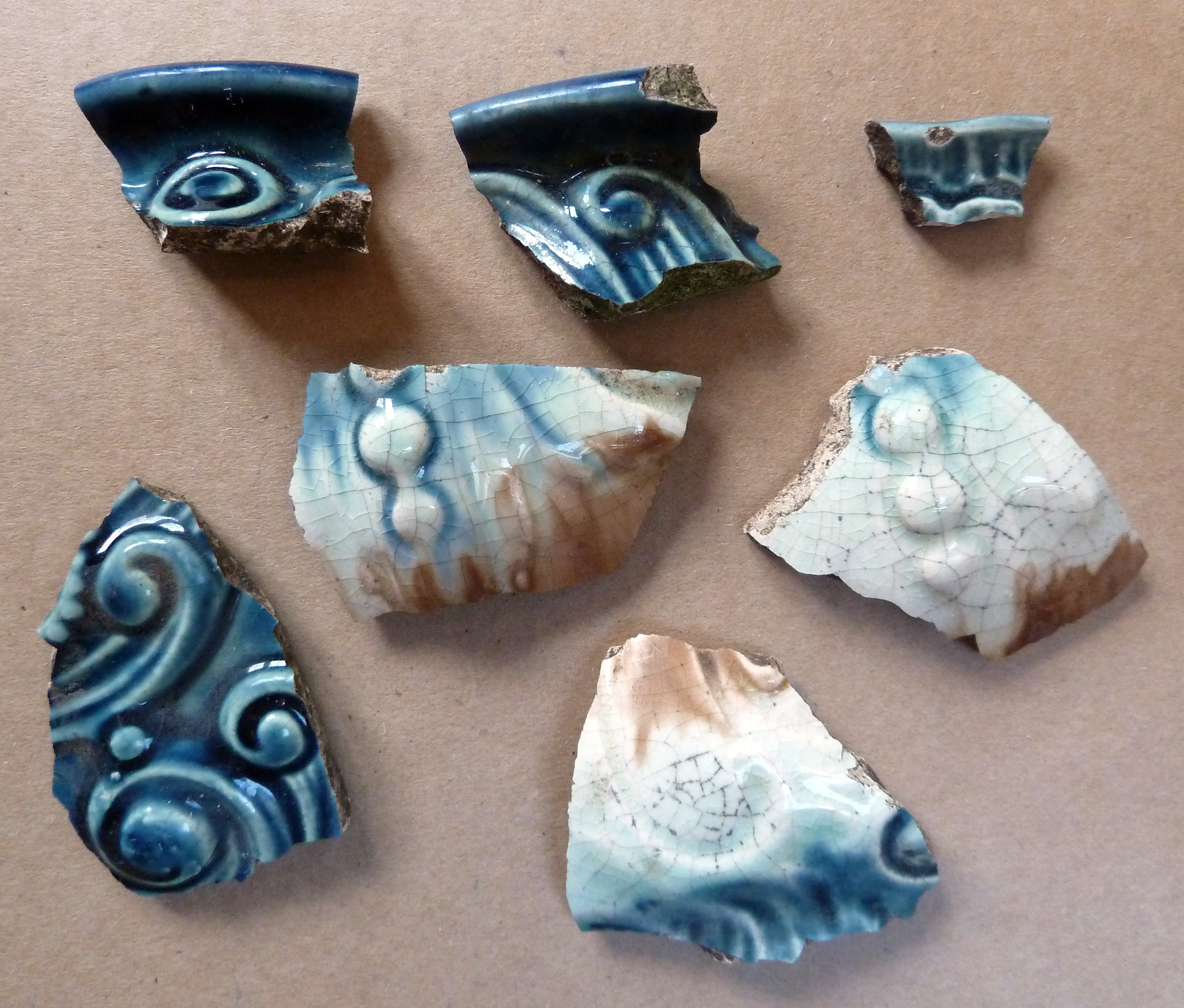