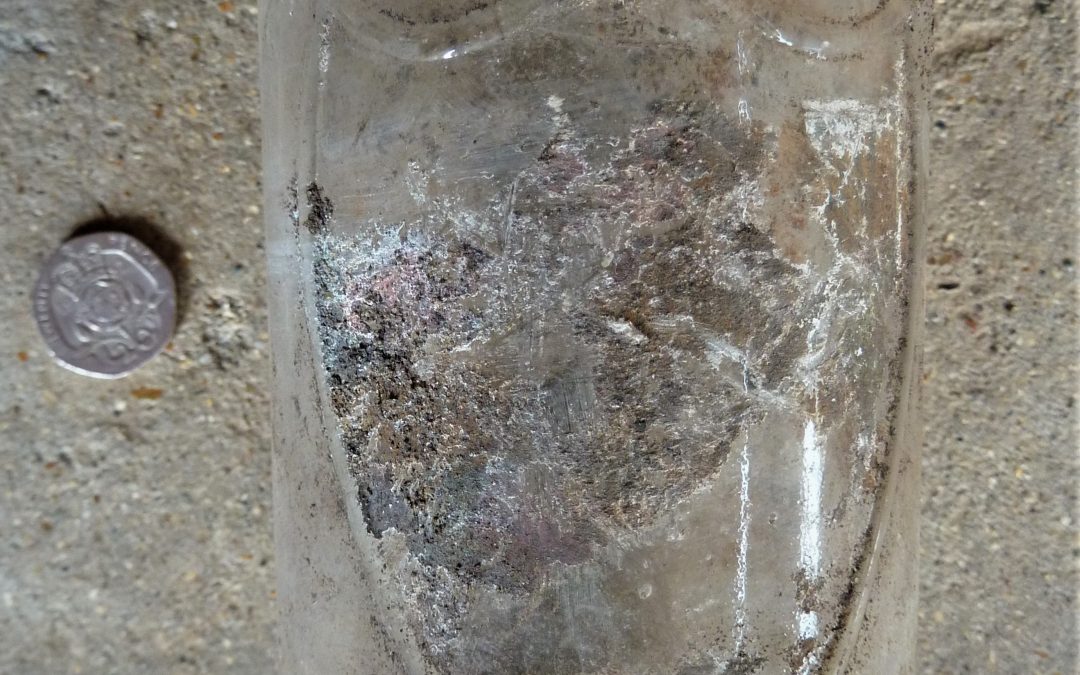 Clear glass jam jar embossed with a shield-shaped border which contains the remnants of a label. Glass jam jars are uncommon at so early a date. The vast majority of jam and marmalade jars in the late 1890s were ceramic, and ceramic jars continued to be common for... 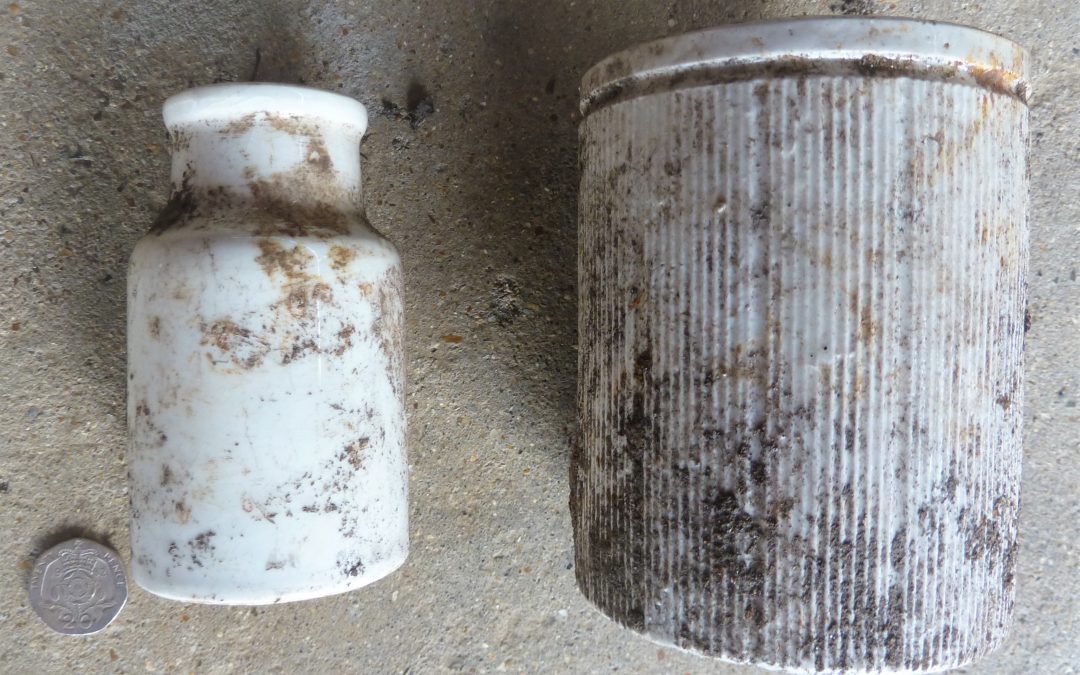 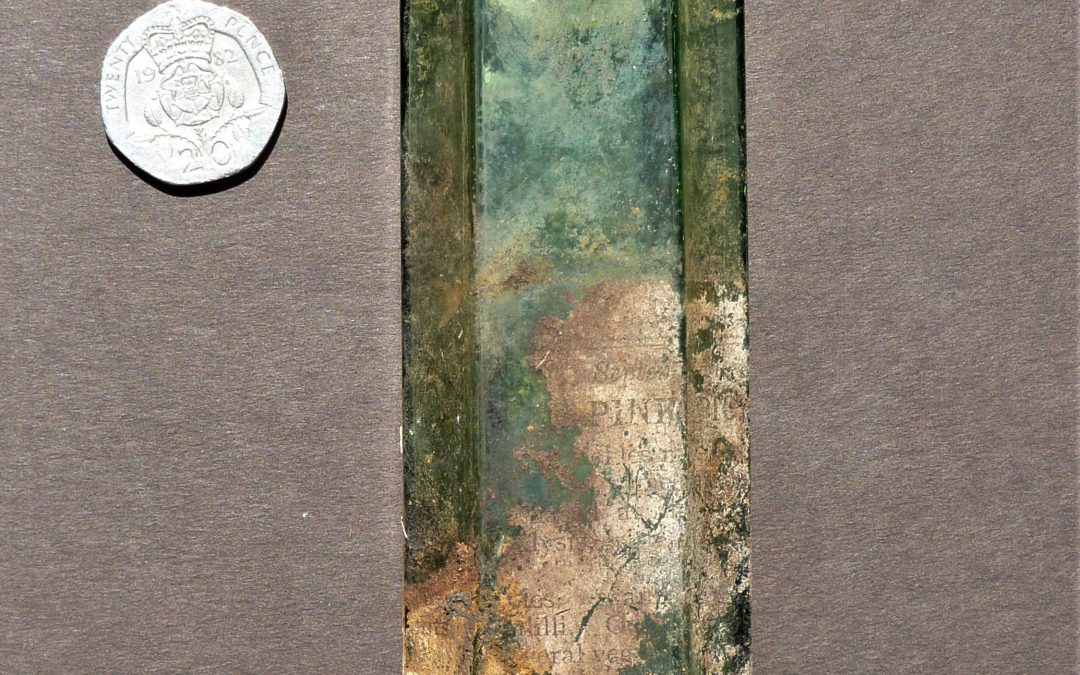 Green glass bottle with remnants of label. The following words can be made out: ‘Pink’s Pickle/ manufactory/ Long Lane/ Bermondsey’. At the top, ‘September’. E. & T. Pink are recorded at this address in the late 19th century. An... 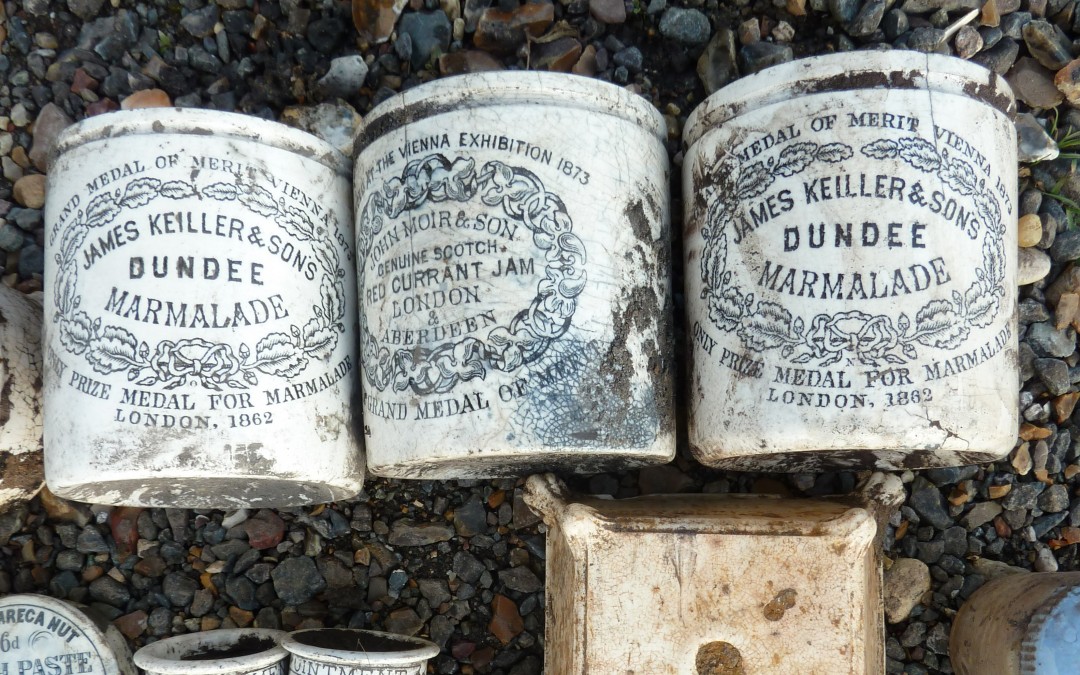 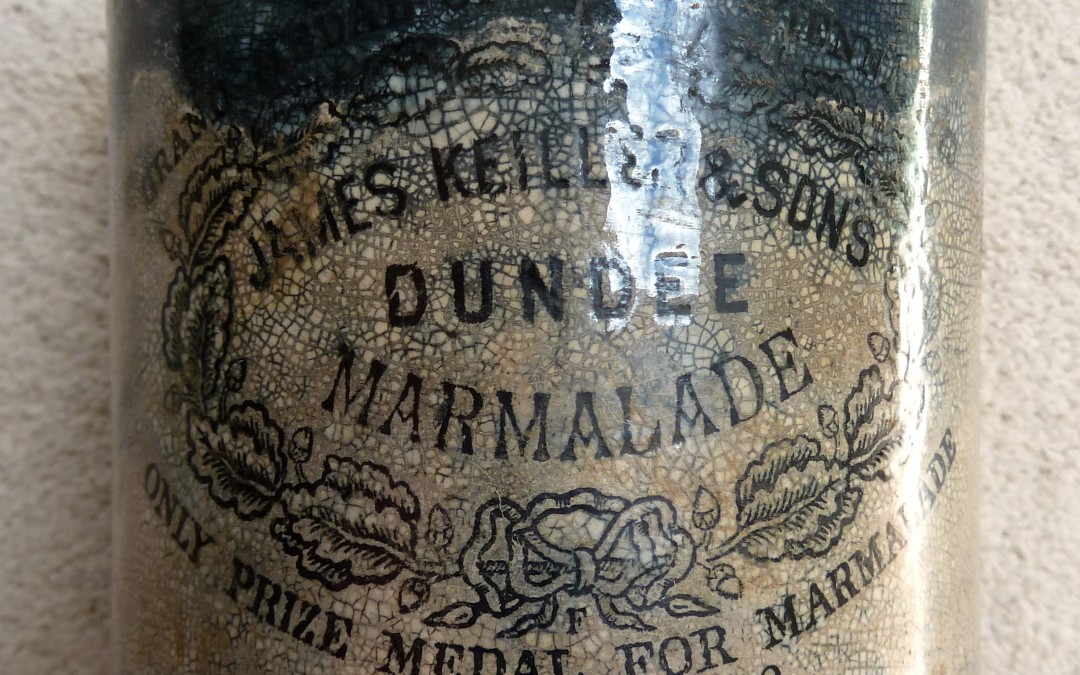 Large Keiller’s Dundee Marmalade jar made by Maling of Newcastle. The jar was already old, worn and much re-used before it was finally re-used for oil paint and discarded. Remnants of the paint remain inside. Discarded in 1908 after the death of Mary... 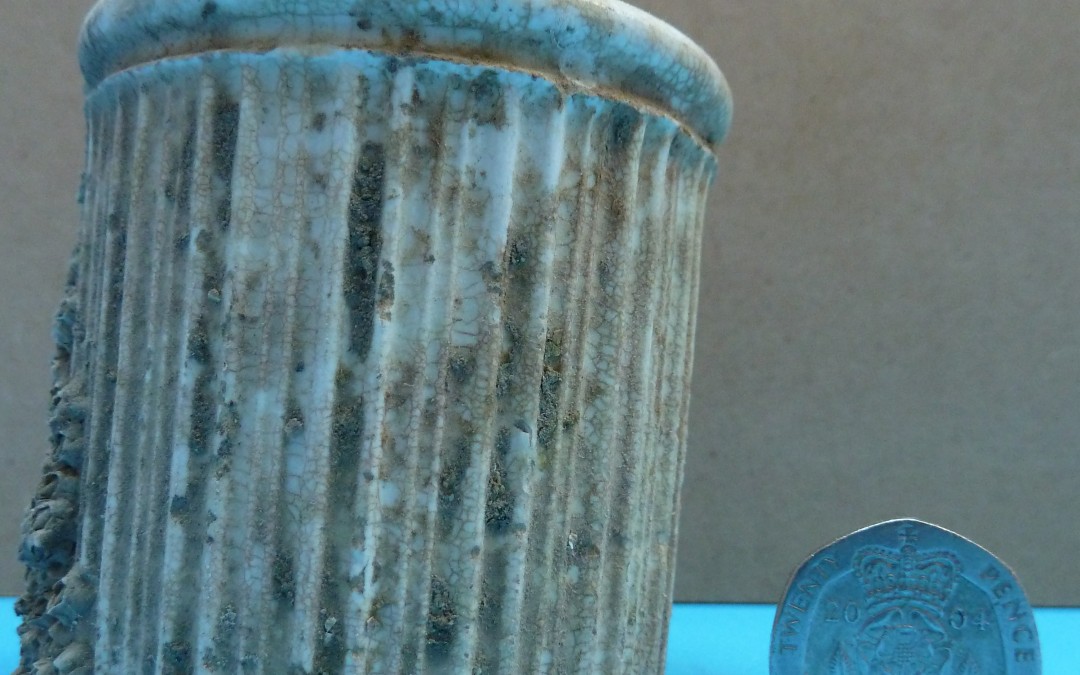 Small ceramic jam or marmalade pot, with ribbing, made by Maling of Newcastle. It is still partly covered with barnacles and mud. Discarded in London and dumped on the Essex marshes.

Generic Army & Navy Co-operative Society preserves pot, for jam, marmalade etc (as specified on the label, which varied depending on the contents).