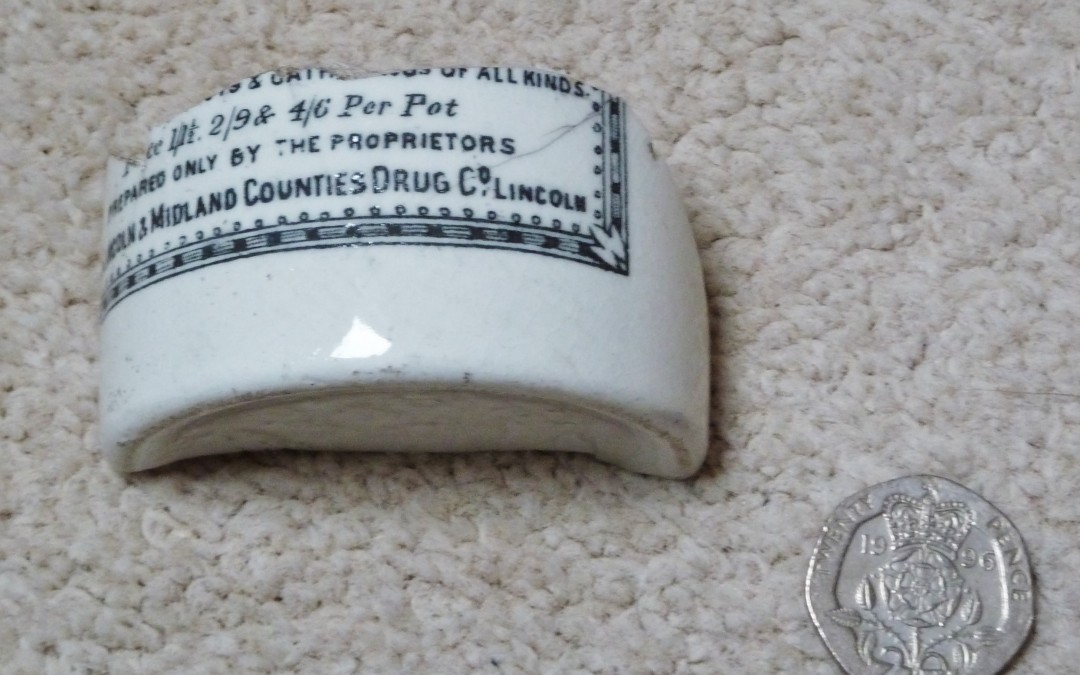 Medium-sized Clarke’ Miraculous Salve ointment pot, priced at 2/9 per pot. Prepared by The Lincoln and Midland Counties Drug Co, Lincoln. Only the base section was found. 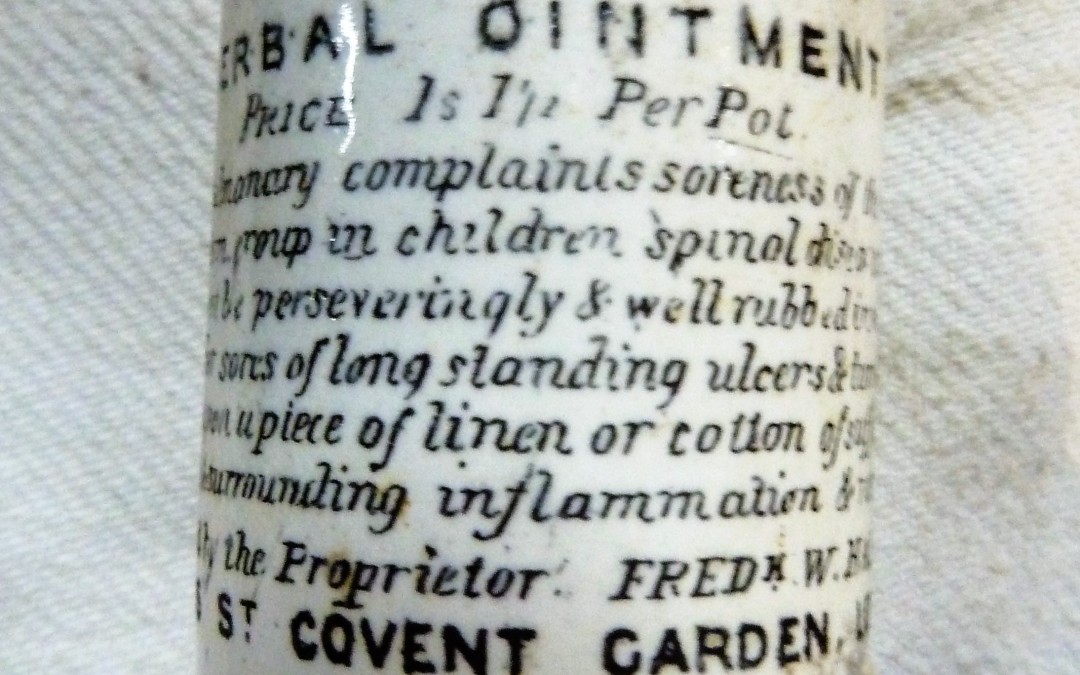 Pot for ‘Nature’s Herbal Ointment’, dug from an ash dump of the 1870s near Leicester. This is the smaller size. At least one example of the larger size was excavated from the same dump. 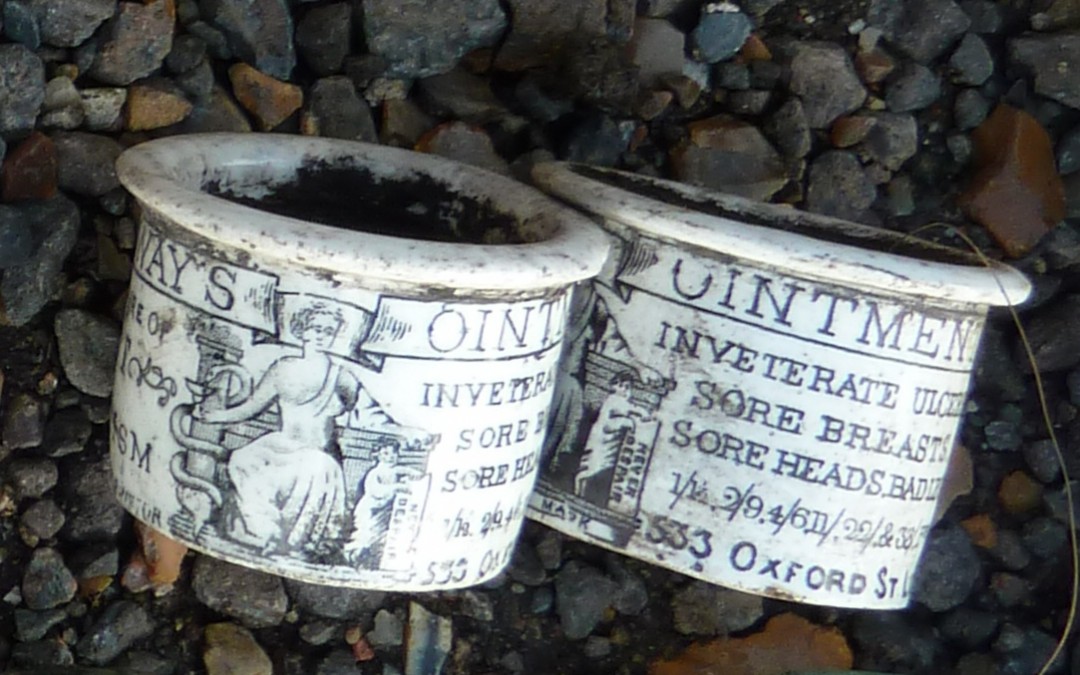 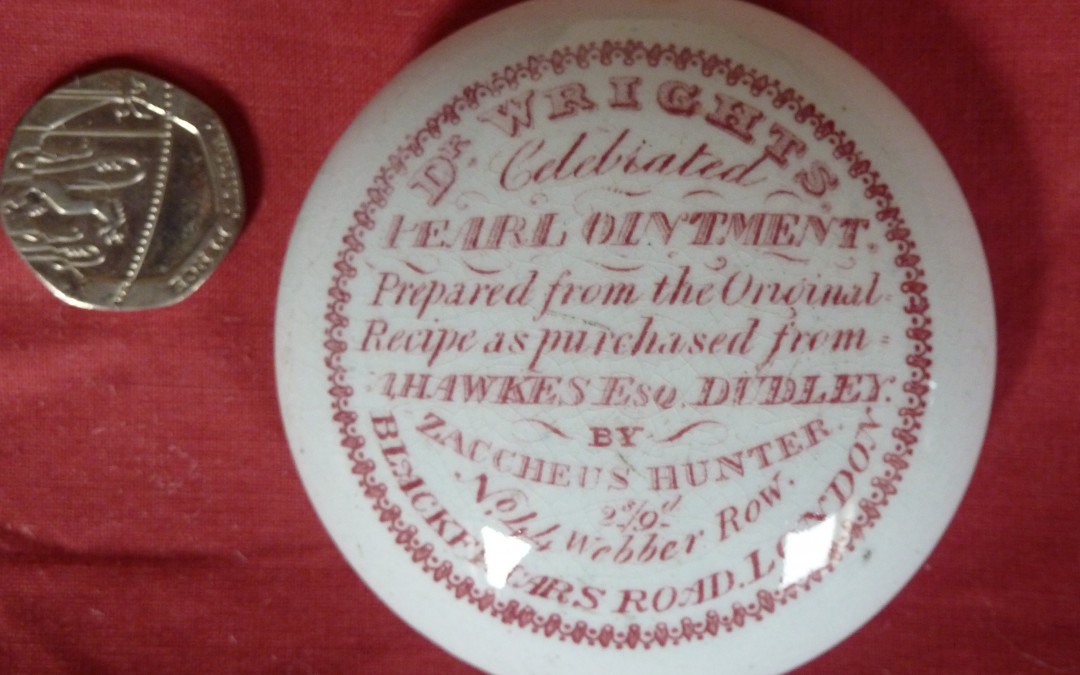 Red/pink printed pot lid for Dr Wright’s Pearl Ointment, from the original recipe as purchased from A. Hawkes Esq, Dudley, by Zaccheus Hunter. The price is given as 2s 9d, and the address as 44 Webber Row. Discovered in a ditch that was filled in 1883. 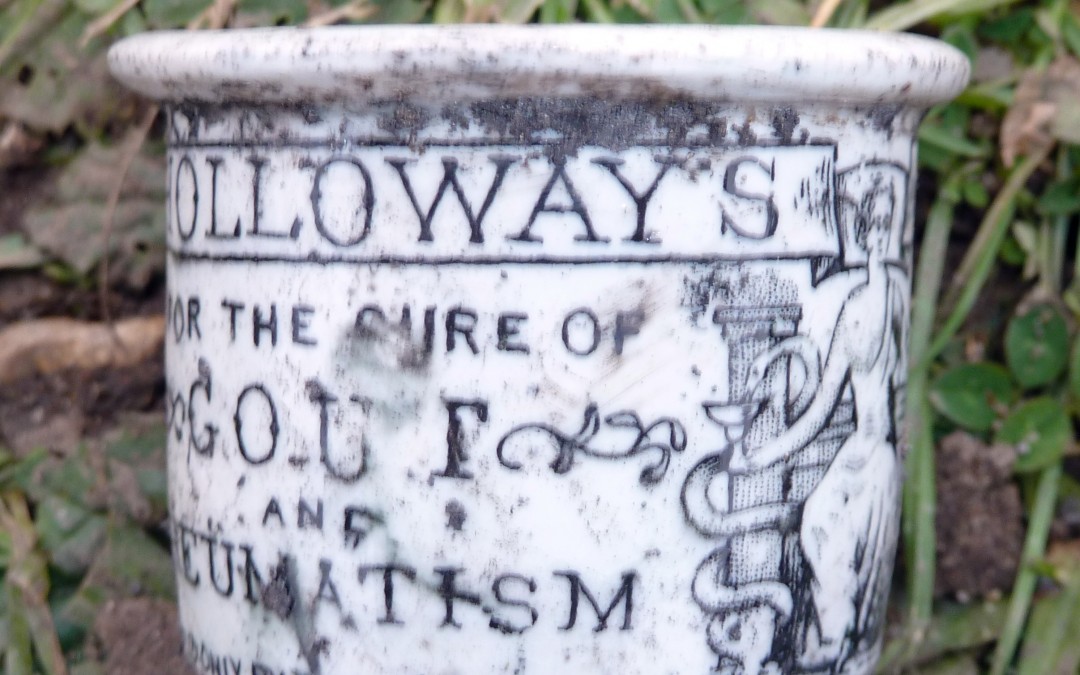 Holloway’s ointment pot, found in black ash which had been scavenged at the Kings Lynn ash yard. 1890s. 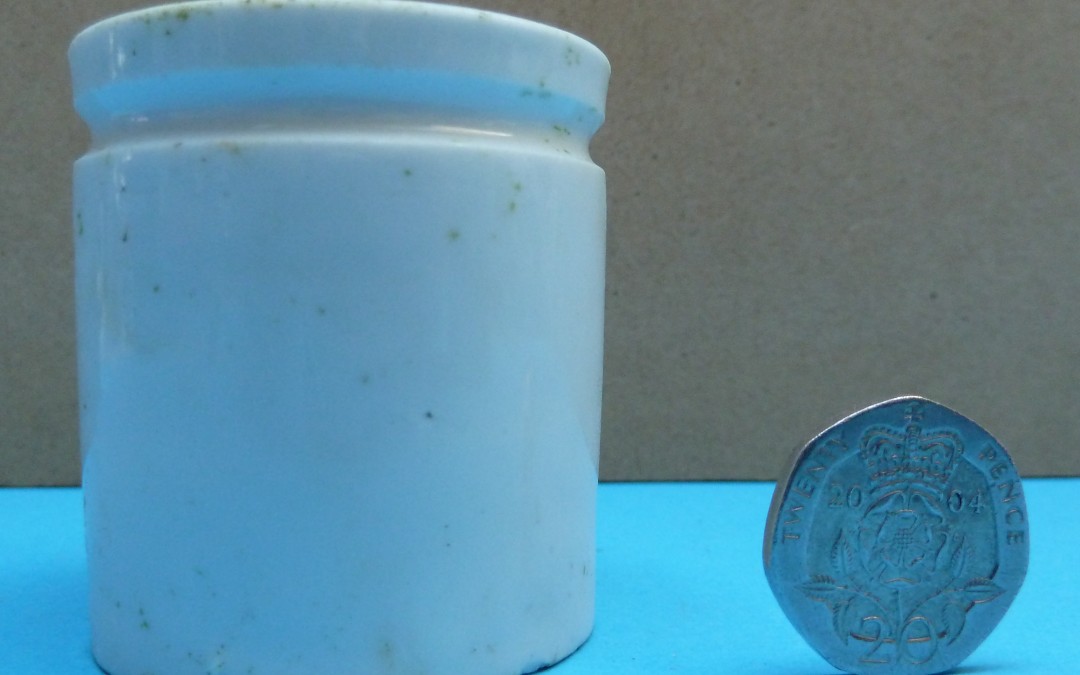 Plain white ceramic ointment pot. Originally it would have had a label. Discarded in London and dumped in Essex. 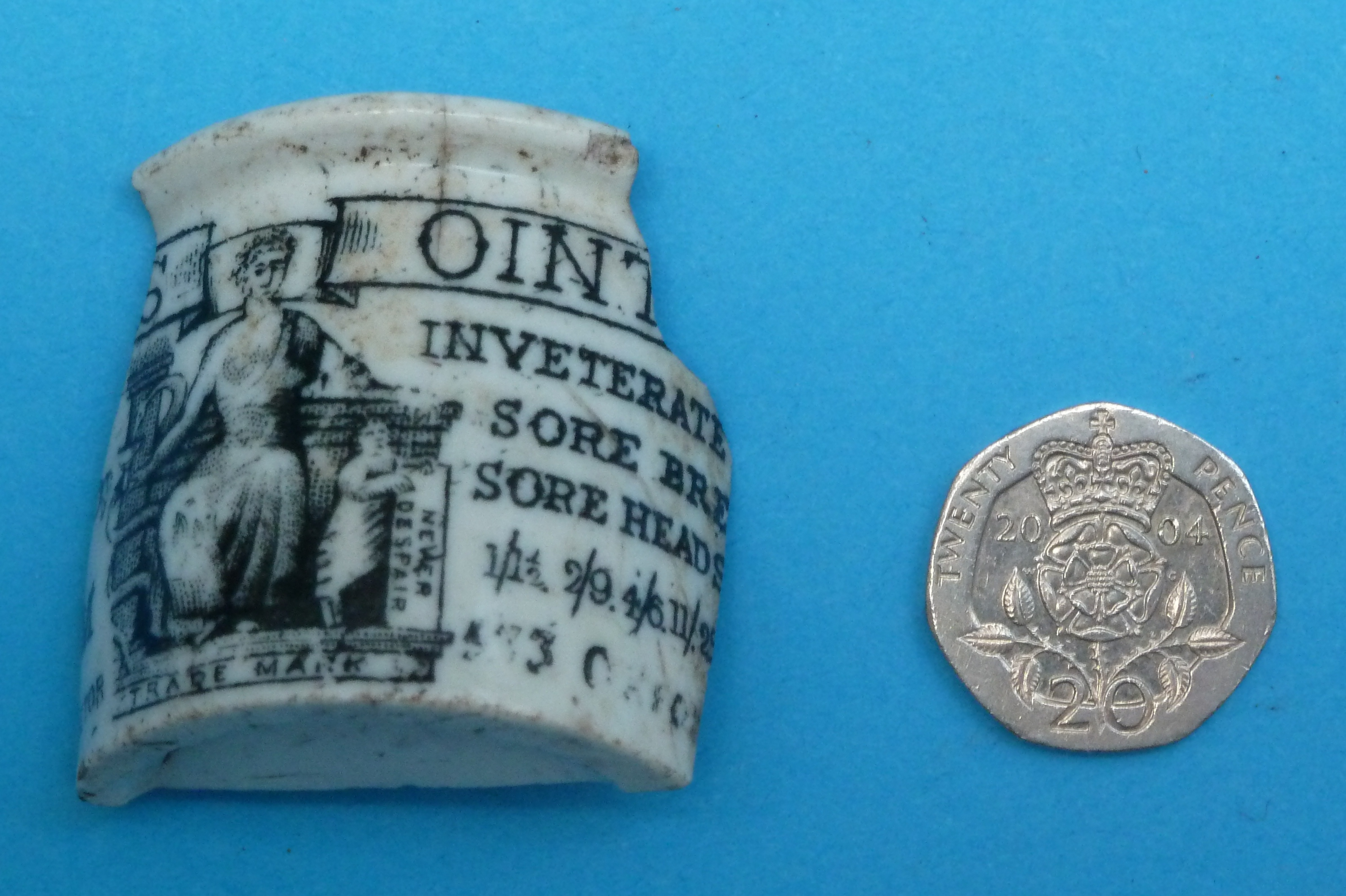 ‘Holloway’s Ointment’ pot. ‘For the cure of gout and rheumatism, inveterate ulcers, sore breasts, sore heads, bad legs, etc. Manufactured by the proprietor, 335 Oxford St.’ The pots came in five sizes of which this is the smallest at one... 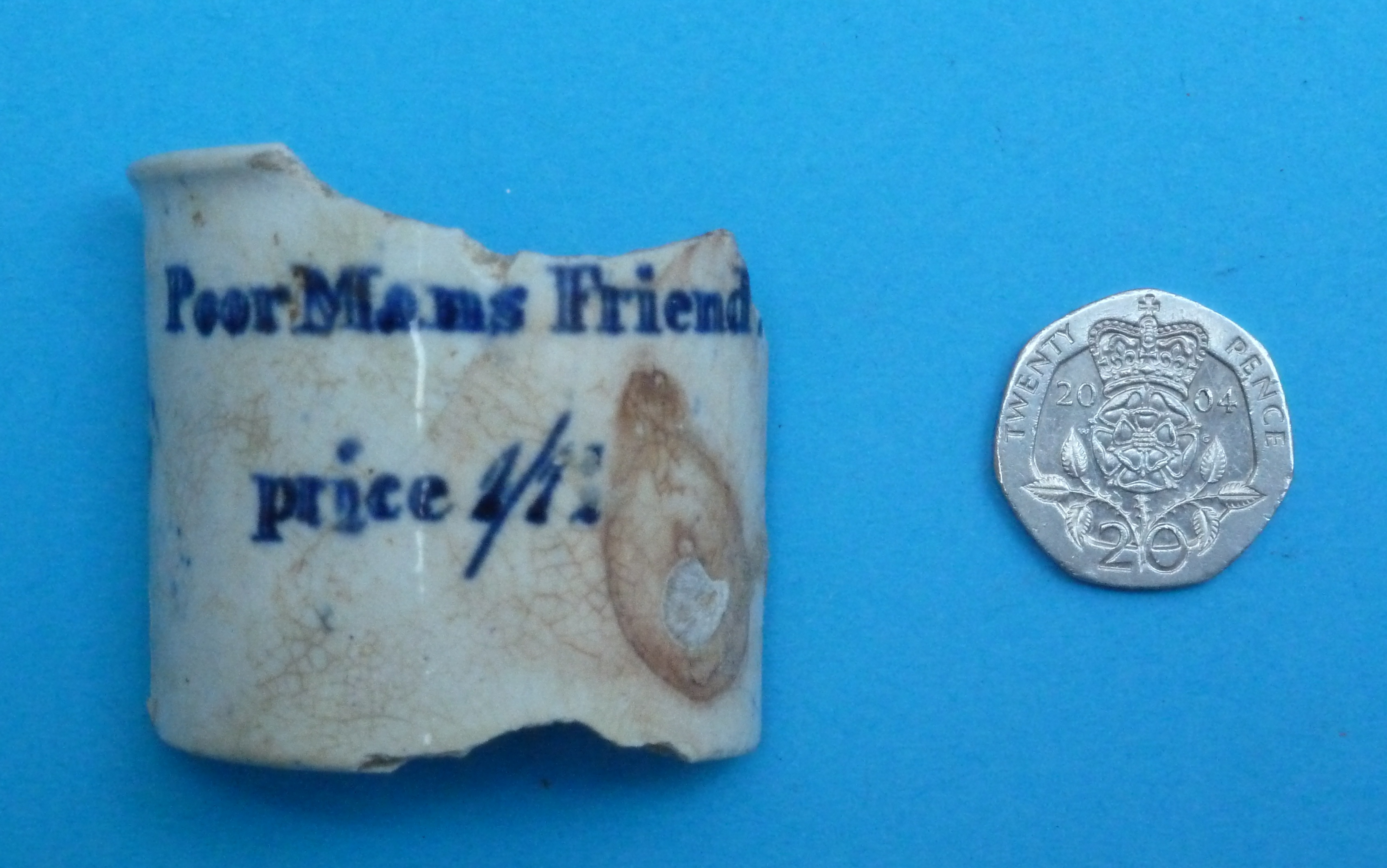 ‘Poor Man’s Friend’ ointment pot, small size, priced 1 shilling and 1 and a half pence. Blue transfer on white. Prepared by Beach and Barnicott, successors to Dr Roberts of Bridport. It contained active ingredients effective for the treatment of... 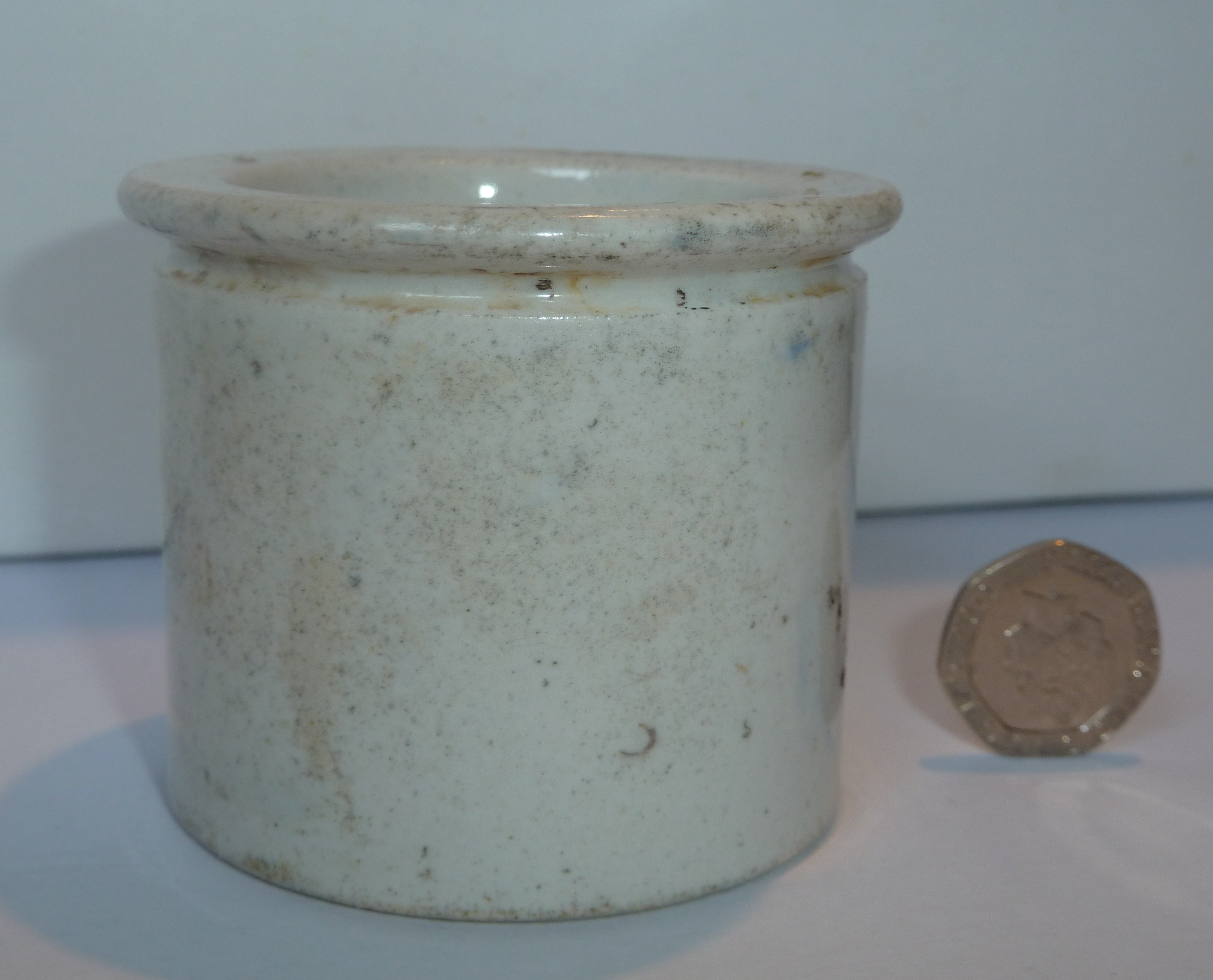 Heavy white ceramic ointment pot, with indent for string for tying on a lid. Pearl ware. Found in the Thames.