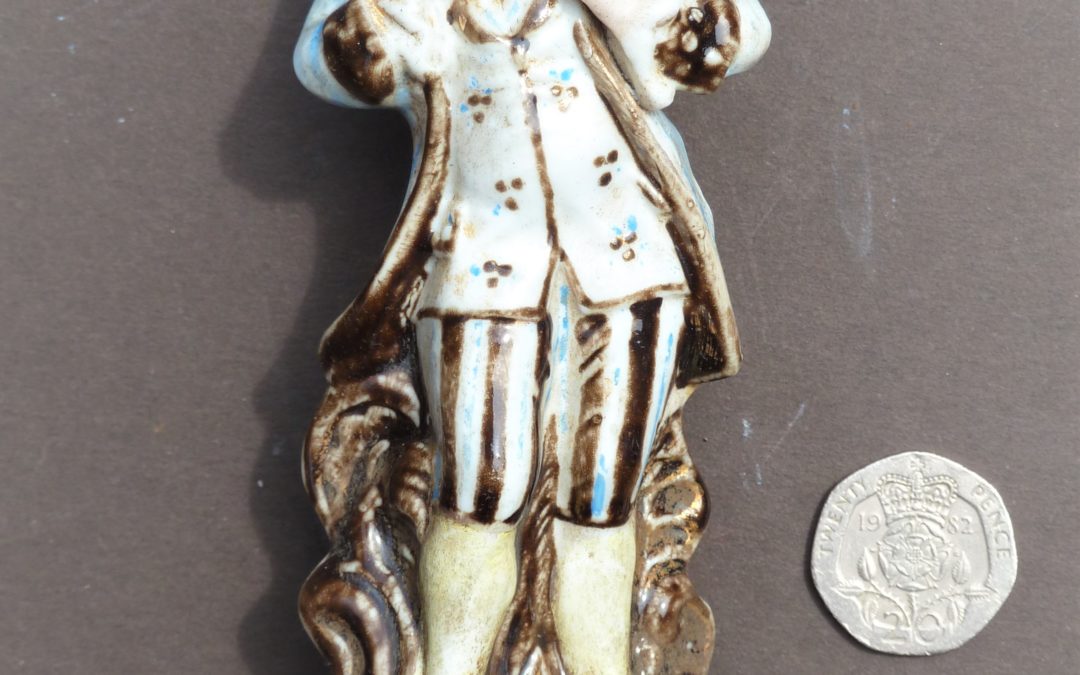 Figurine of man with dove

Under-glaze coloured figurine/ statuette of man in 18th-century costume, holding and pointing to a dove. 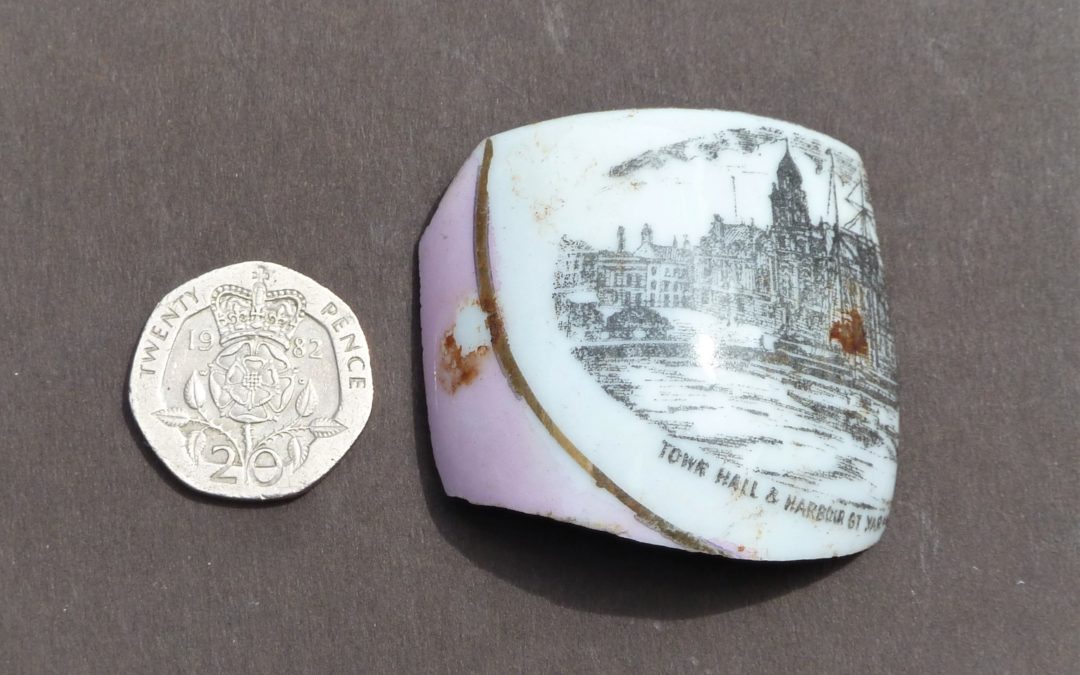 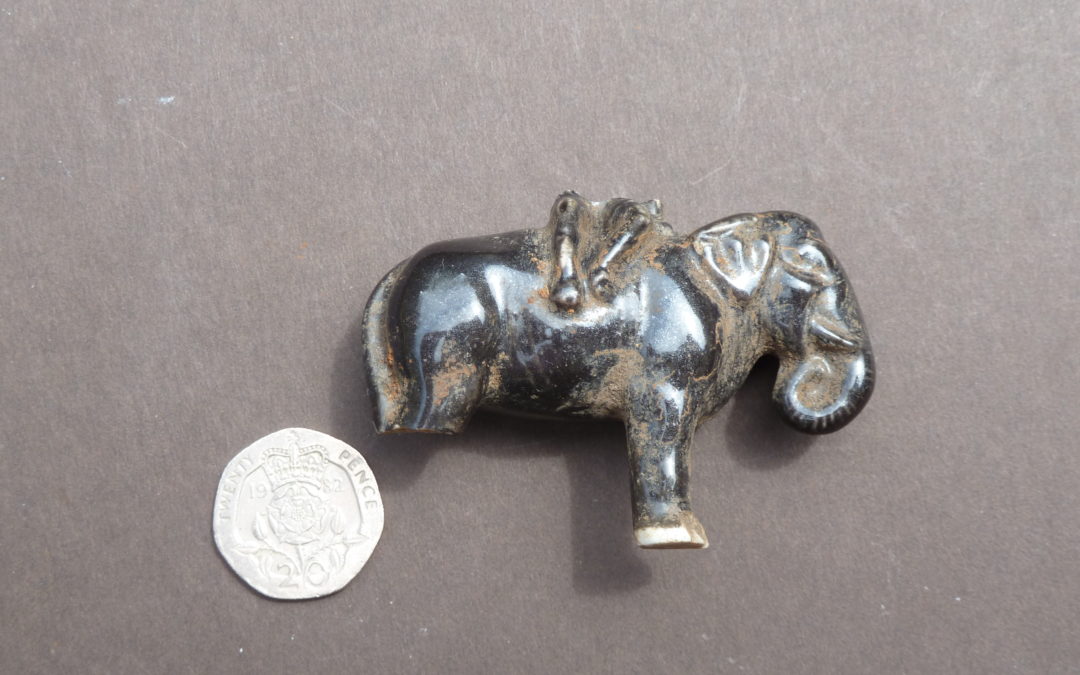 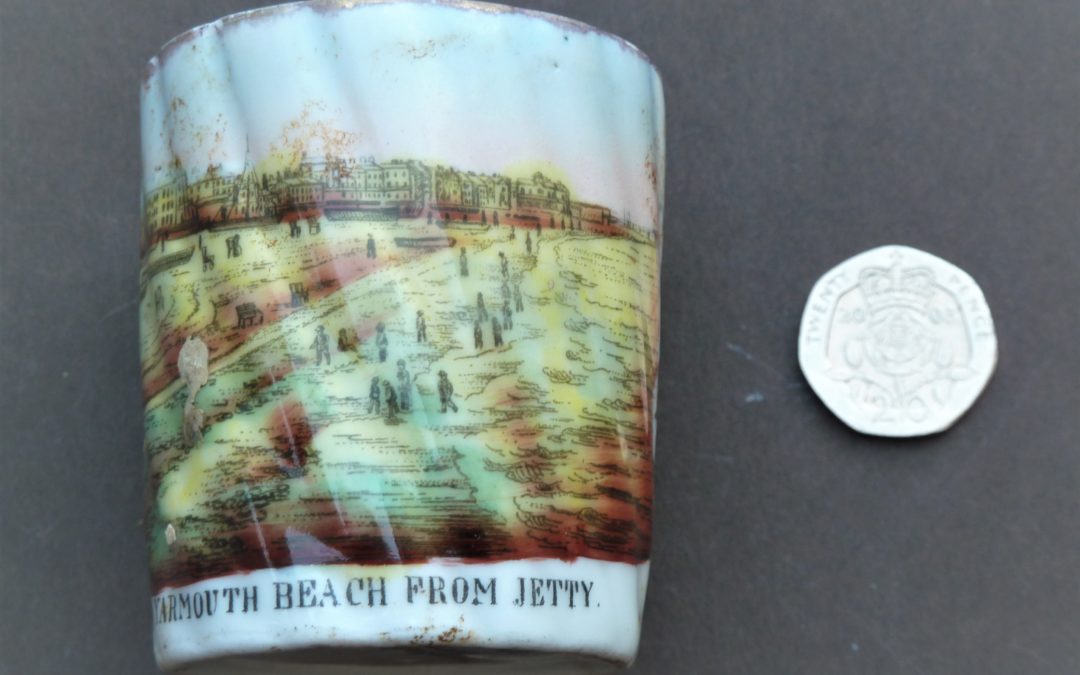 Coloured souvenir cup, showing ‘Yarmouth beach from the jetty’. Bathers, bathing machines and deck-chairs can be seen in the foreground. Like other souvenir cups sold to Yarmouth tourists, this one was made in Germany. It has been re-used, probably after... 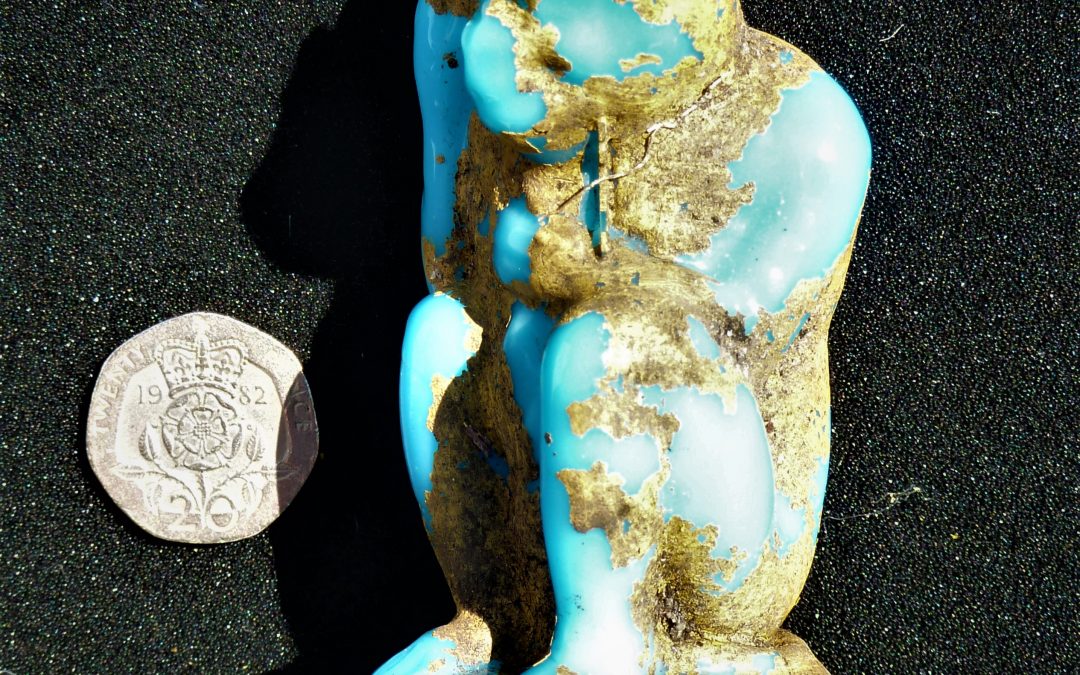 Light blue milk glass specimen vase or ornament in the shape of a monkey holding up a basket or vase. Traces of paint/ gilding remain. 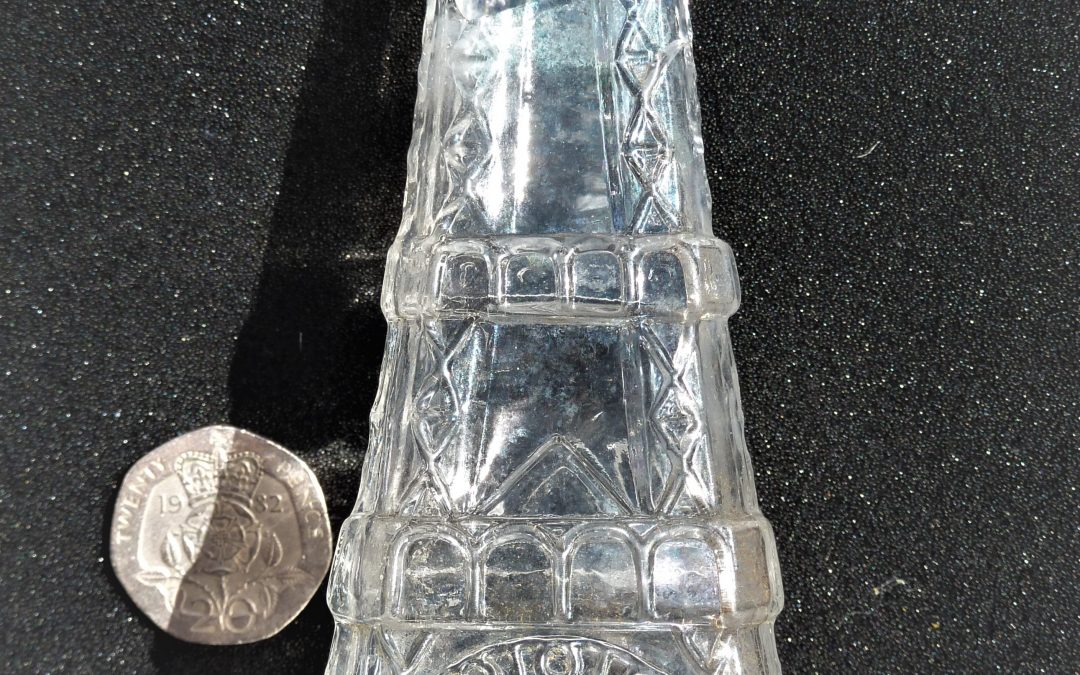 White glass moulded bottle in the shape of the Eiffel tower. A star of David is embossed on the base, containing an illegible two-digit numeral ending in 6. Bottles of this sort may have been sold containing liquor, fruit juices, or coloured sands as a souvenir.... 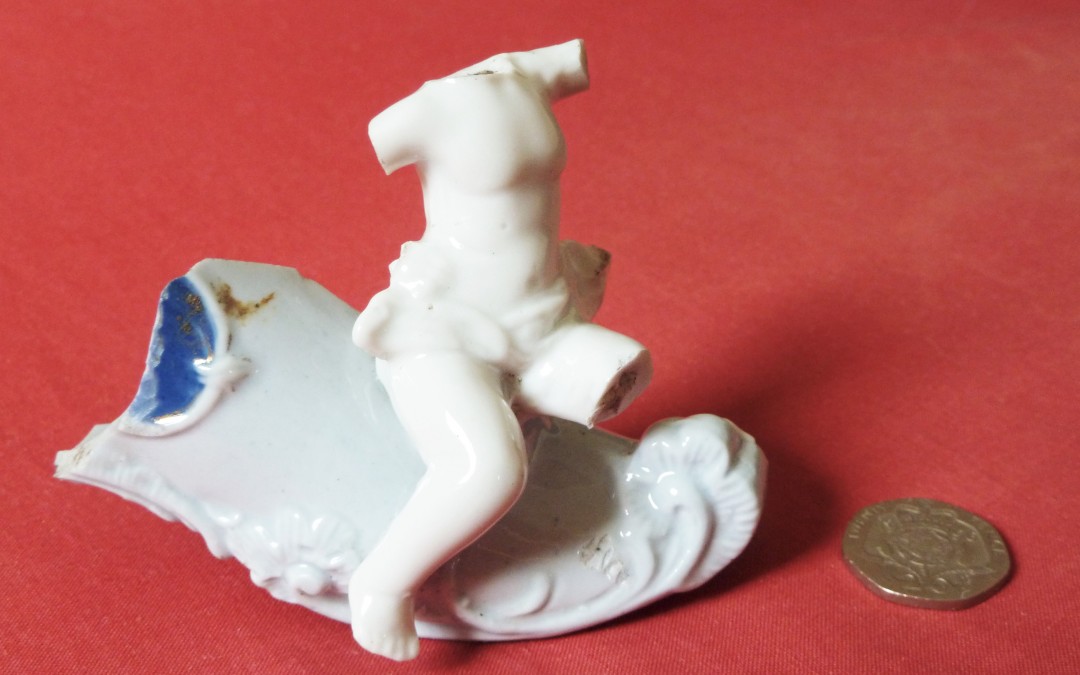 A cheap, white ceramic ornament, partly painted. A cherub is riding or sitting on a shoe, which has floral/ sea-shell moulding. It may have been a spill-holder or specimen vase or merely an ornament. The missing part of the shoe may have borne a legend commemorating... 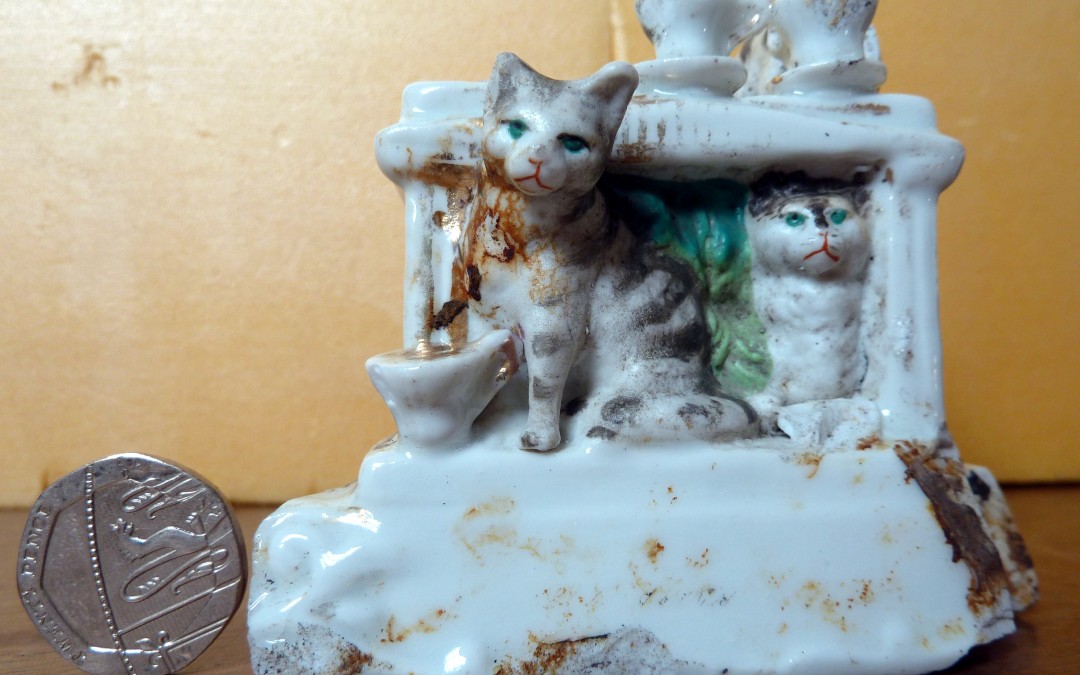 Small ceramic ornament in the shape of a table, with two cats peeking out from underneath. The top of the ornament, now damaged, had a row of three teacups and saucers with three tabby cats crouched over the top of them licking off the cream. Found amid ash and... 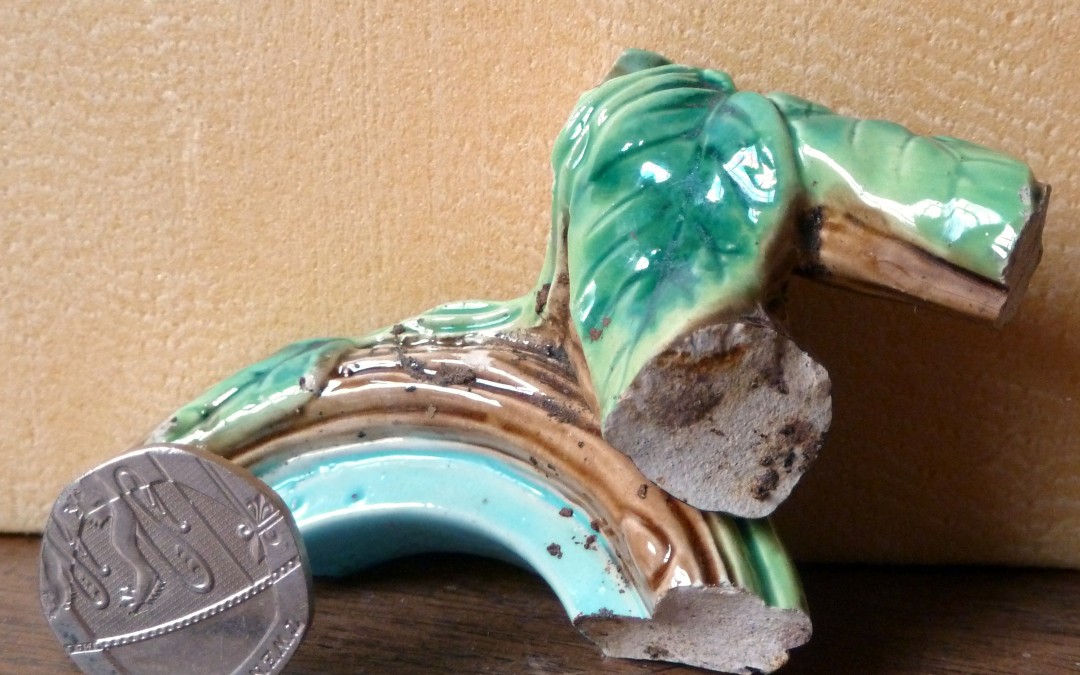 Part of a majolica ornament, but what was it? 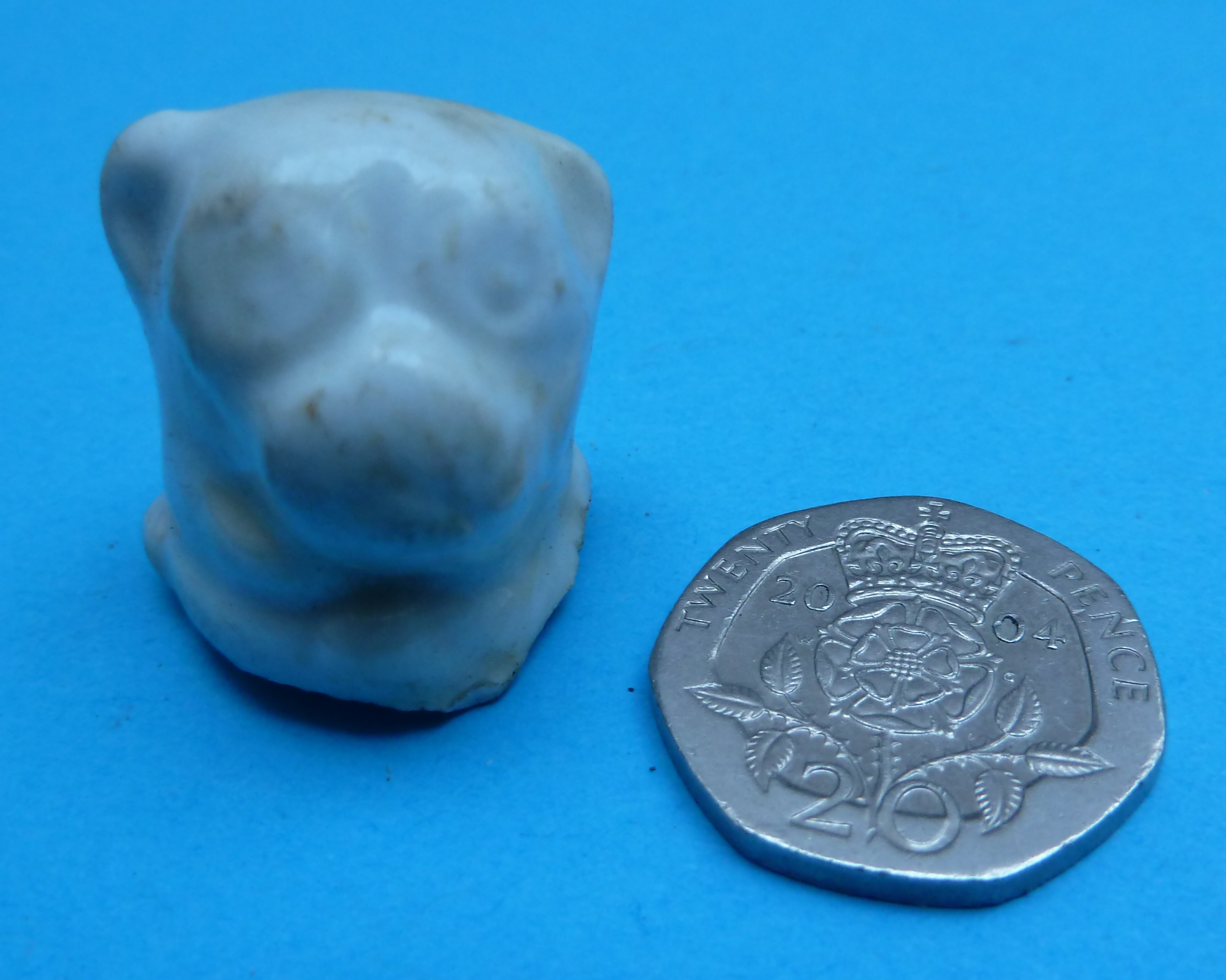 Pugs were popular in the Victorian era. Small white ceramic pug statuettes were common and often came in pairs. The body would have been standing on four legs, with the head turned to face you.