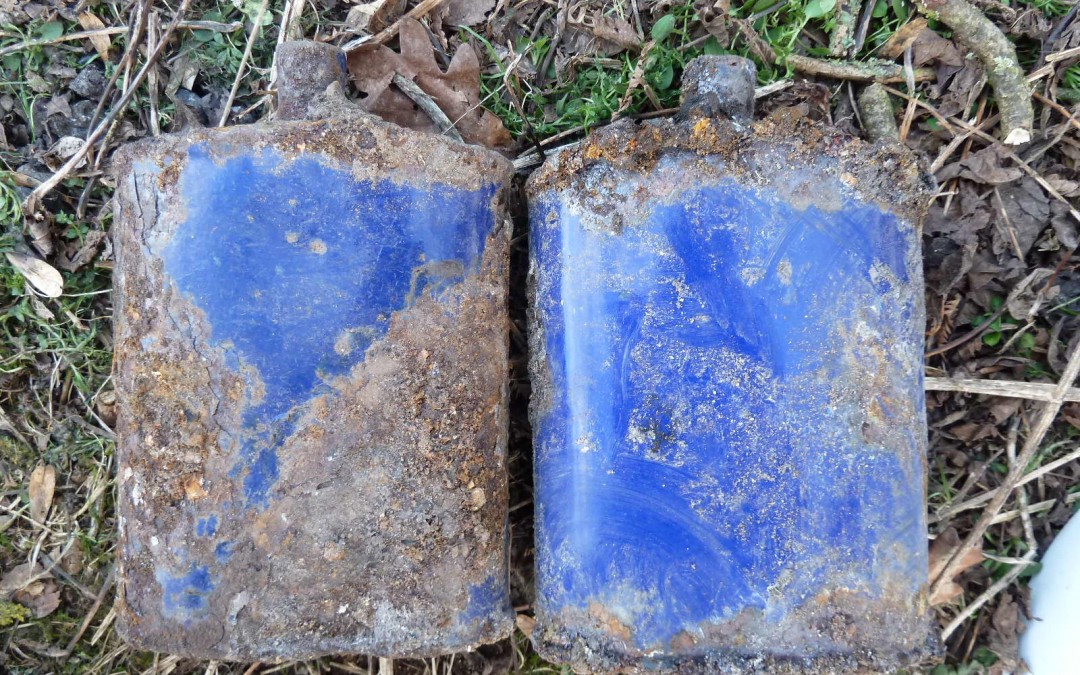 World War I blue enamel army issue water bottles (also known a canteens). They came in canvas holders with a strap and a cork. Discarded after the end of the war in the early 1920s. 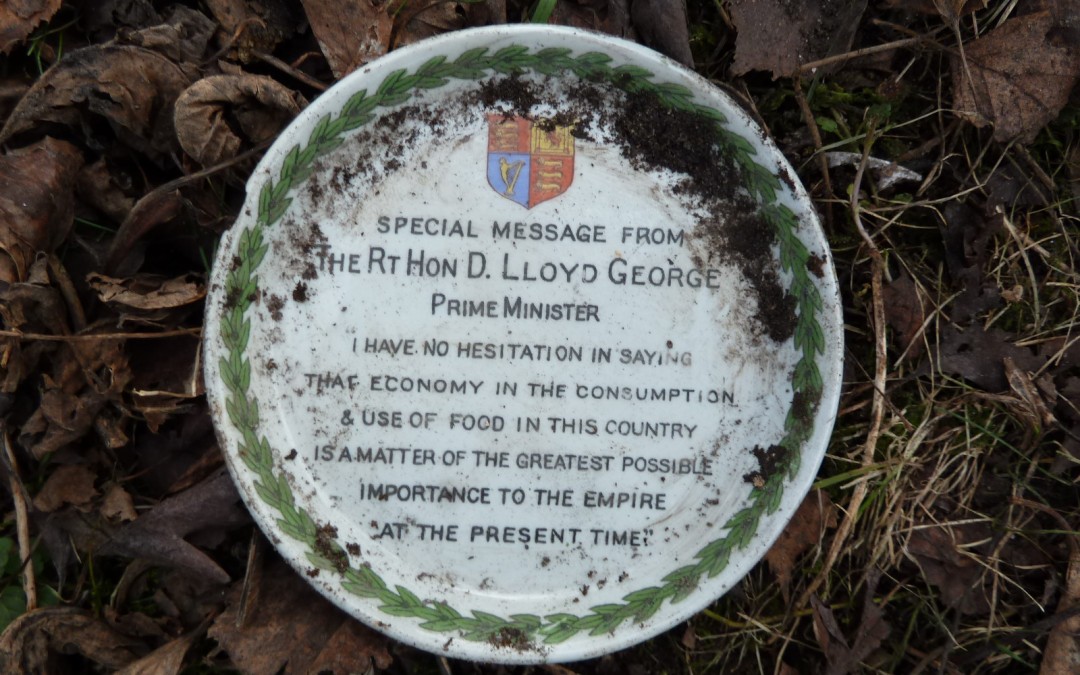 The War Time Butter Dish: The message reads: ‘Special Message From The Rt Hon D. Lloyd George, Prime Minister: “I have no hesitation in saying that economy in the consumption of food in this country is a matter of the greatest possible importance to the...